You are at:Home»Equity ETFs»Themes from the Quarterly Quantitative Beta Research Summit 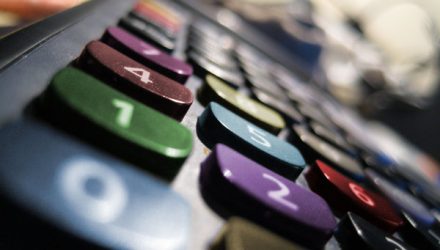 Most of the factors that we favor suffered in a quarter singed by a violent shift in volatility regimes. Despite still-healthy economic growth, equity markets moved rapidly from a rally that was deemed both “euphoric” and a “melt-up” straight into correction territory. The shift occurred amid inflation fears and a technical sell-off that saw the CBOE Volatility Index (VIX) experience its largest-ever single-day spike. Additionally, U.S. Treasury yields increased by more than 50 basis points (bps) intra-quarter, reflecting both concerns about inflation and hawkish Federal Reserve rhetoric. Late in the quarter, those gains were reversed. A broad range of factors sold off over this period, across both asset classes and styles, with diversification providing limited benefits (Exhibit 1). On closer examination, however, the decline across factors was asynchronous and behavior was markedly different from that in earlier periods of factor crowding, such as the Quant Crisis of 2007. (We explore this subject in our March 2018 white paper, “Far from the Madding Crowd: Factor Investing Through the Cycle”.)

Performance Mixed Across Factors and Consistent with 2017 Themes

Equity Factors: A Reprise of Themes from 2017

Broader trends from 2017 echoed in the first quarter despite the significant rise in equity market volatility. The value factor, in the midst of its fourth worst drawdown since 1990, extended its losses to over 10% from the beginning of 2017. Last quarter we noted the recent short-term increase in linkage between rates markets and value, which reached extreme levels by the end of 2017 (92nd percentile). In Q1 this relationship reverted to normal levels as earnings growth accelerated across growth/expensive stocks on the back of U.S. tax reform. The size factor again detracted, though there were signs of a recovery in March, particularly in the U.S., where 2017 losses were centered. Momentum was positive, despite the backlash against the technology sector and a subset of mega cap tech names in particular, as was quality. (Note: Our momentum factor is constructed on a sector neutral basis.)

Size remains an attractive opportunity, with valuations for the smallest quartile of global developed stocks looking cheap relative to their larger cap counterparts vs. history dating back to 1990 (76th percentile). Quality continues to appear rich from a factor valuation perspective; however, we saw increased dispersion, or difference, in profitability ratios across stocks in our universe, which historically signals a greater opportunity set for the quality factor. While the value factor appears only slightly cheap, it is important to note that value has returned around 5% on an annualized basis (net of assumed transaction costs) dating back to 1990, so it may be poised for similar (or better) performance now that valuation metrics have returned to slightly better than neutral levels. Since the beginning of 2017, expensive stocks have increased in price by 28% (vs. 18% for cheap stocks), while forward P/E ratios have risen by only 4% (from 25.8 to 26.8) (Exhibit 2). While earnings growth has justified a portion of the outperformance of growth stocks, forward earnings estimates are elevated for growth stocks when compared with their historical average (Exhibit 3). Rising interest rates or disappointing earnings from growth companies could shift performance in favor of value over growth beyond historical averages.

Multiples of the Most Expensive Stocks Have Compressed, Despite a Rise in Price