You are at:Home»Thematic Investing Channel»Will ‘HERO’ Heat Up as Netflix Moves Into the Gaming Industry? 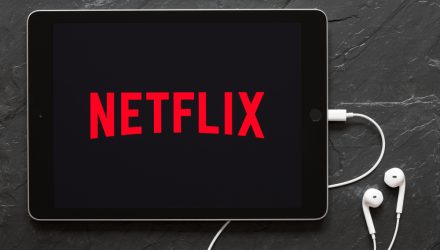 Will ‘HERO’ Heat Up as Netflix Moves Into the Gaming Industry?

Internet streaming giant Netflix is making a move into the gaming industry, which could heat up the competition and push the Global X Video Games & Esports ETF (HERO) higher.

New entrants to a market can always invoke some level of healthy competition. In the case of Netflix, it’s a big player entering into a vast market—one that could be worth over $250 billion by the year 2025, according to data from Tech Jury.

“Netflix confirmed Tuesday that it’ll expand into video games, starting with ad-free games for mobile devices like phones and tablets available on its existing service at no added cost to subscribers,” a CNET report said. “In its biggest expansion into a new kind of entertainment since it started streaming in 2007 and released its first original show in 2012, Netflix sketched out broad ambitions for gaming, indicating it ultimately envisions pursuing console games for Xbox and PlayStation too.”

As for the ETF, HERO seeks to provide investment results that correspond generally to the price and yield performance, before fees and expenses, of the Solactive Video Games & Esports Index. The fund invests at least 80% of its total assets in the securities of the underlying index and in American Depositary Receipts and Global Depositary Receipts based on the securities in the underlying index.

Netflix’s arrival may force publishers like Electronic Arts and Nintendo to step up their game.

“The global gaming market increased more than 20% from 2019 to 2020, exceeding $175bn – larger than Hollywood or professional sports,” Global X mentioned on its website. “Forecasts suggest the market could surpass $200bn by 2023.”

Netflix’s move into gaming almost seems natural given how its internet streaming business grew during the pandemic. The same is true for the gaming industry.

“The move into gaming widens Netflix from its bedrock business of TV shows and movies as the world’s biggest subscription video service,” the CNET article said further. “As Netflix has grown, it’s long pointed out that its competition extends beyond the traditional TV and movie companies that go head-to-head with it now.”

“The company has repeatedly called out gaming phenoms like Fortnite, as well as user-generated-video powerhouse YouTube, as some of its toughest competition because of the massive amount of entertainment hours they command worldwide,” the article added further.