You are at:Home»Thematic Investing Channel»Will the Fall Election in Germany Be a Market-Mover? 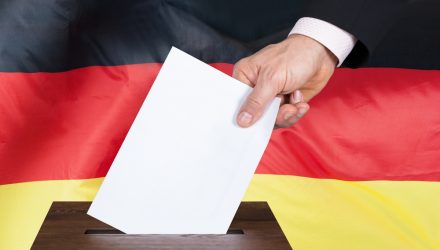 Will the Fall Election in Germany Be a Market-Mover?

Elections can turn the tide of single-country equities, and Germany’s could do just that, which makes the Global X DAX Germany ETF (DAX) one to watch.

According to a recent Reuters article, German elections are typically standard fare. However, this fall’s election will add some intrigue.

“It’s rare for German elections to be exciting, market-moving events but the one on Sept. 26 may prove the exception if its outcome completes the transformation of a nation long wedded to austerity into a big spender,” the article said. “The election will end Angela Merkel’s 16-year stint at the helm of Europe’s biggest economy, and the Greens have a chance to become the leading party in national government for the first time in their 40-year history.”

DAX seeks to provide investment results that closely correspond generally to the price and yield performance of the DAX® Index. The fund invests at least 80% of its total assets in the securities of the underlying index and in American Depositary Receipts (ADRs) and Global Depositary Receipts (GDRs) based on the securities in the underlying index.

A victory for Germany’s Green Party could bring about a number of structural changes.

These changes could “range from more environment-focused spending to greater euro zone cohesion. German bond yields have risen since the Greens nominated their first candidate for chancellor because of increased election uncertainty and a perception that increased fiscal spending could be on the way.”

“A Greens-led government would be a historic change for Germany, a country so far characterised by a culture of high political stability, moderation and centrism,” said Barbara Boettcher, head of European policy research at Deutsche Bank.