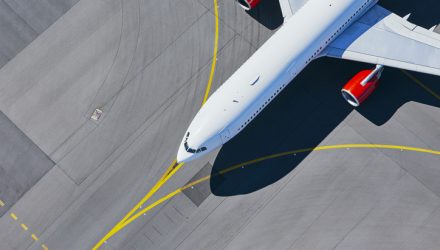 Why the Airline Industry Can Fly Above the Turbulence

The airline industry has hit some turbulence in recent months, but this has not detracted from the industry’s reputation for being remarkably resilient.

On the upcoming webcast, Why We Believe the Airline Industry Can Fly Above the Turbulence, Frank Holmes, CEO and Chief Investment Officer, U.S. Global Investors, will look at the obstacles the airline industry faces today, plus recent tailwinds, and consider the potential long-term benefits of entering the market during a recovery period.

In a recent note, Holmes pointed out that more than 2.7 million travelers on 44,000 flights travel across the United States each day, and the numbers have increased every year since 2008. According to S&P Global Ratings, almost 45% of all Americans took a commercial flight in 2018 and 42% of U.S. citizens now hold a passport, compared to just 15% back in 1997. Looking ahead, demand shows no signs of stopping, with this summer expected to set a record of 10 years of consecutive growth.

Meanwhile, carriers have added more capacity to adjust to the increased demand. With the exception of JetBlue Airways and Spirit Airlines, capacity as measured by seats on all domestic carriers is up year-over-year. The big four airlines, wihch United, Delta, American and Southwest, account for more than 81% of domestic airline capacity.

Financial advisors who are interested in learning more about the airline industry can register for the Tuesday, August 27 webcast here.