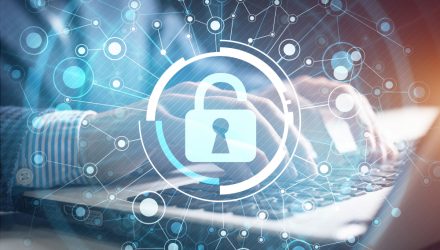 Why This Cybersecurity ETF Matters Now

With the technology becoming increasingly interconnected, cybersecurity is becoming more important, raising investment implications along with it. That could provide a runway for an opportunity with ETFs, including the Global X Cybersecurity ETF (BUG).

Designed to track the Indxx Cybersecurity Index, the Global X Cybersecurity ETF holds a basket of companies that could benefit from increased adoption of cybersecurity technology, including companies whose principal business involves developing and managing security protocols to prevent intrusion and attacks on systems, networks, applications, computers, and mobile devices.

BUG is at the epicenter of one of technology’s premiere, fastest-growing themes: the Internet of Things (IoT).

“As the Internet of Things (IoT) brings millions of devices online, it creates vast opportunities for individuals and corporations, but it also introduces new types of risks and vulnerabilities,” said Global X Pedro Palandrani in a recent note. “Each of these millions of devices presents new entry points for hackers, adding challenges and complexity to effectively manage security for firms and individuals.”

Watch Out For A Back BUG

Hacks, data breaches, and other cyber-enabled crimes have increased in frequency, fueling the need to take steps to protect oneself when using the Internet, according to the FBI. As a result, the cybersecurity investment theme has also taken on increased prominence.

The rise of IoT confirms the importance and utility of investments such as BUG.

“Internet-enabled devices also create new targets for hackers who want to steal or ransom valuable private data,” notes Palandrani. “Today, 98% of all IoT device traffic is unencrypted, causing 57% of IoT devices to be highly vulnerable to cyberattacks, exposing personal and confidential data on a network.”

The key thing comes down to the opportunity and chance to diversify a portfolio. At the same time, it’s great to take advantage of current situations that may arise. There may be bigger companies that play heavily into making this fund possible on the scale that it has. Being able to cherrypick sub-sectors in the technology allocation, as opposed to broader sector picks of high capitalized companies will help.

“Many hackers, however, do have malicious intentions, and their prevalence is on the rise. To help plan defenses, cybersecurity firms use honeypots as decoy servers to gauge trends and patterns of a cyberattack,” according to Global X. “Honeypots, which are set up all over the world, can receive attacks from connected devices such as a malware-infected smartwatch or a connected toothbrush. In 2019, security researchers found that honeypots documented a 446% year-over-year increase in attack traffic, with the number of hits rising from 1.0 billion to 5.7 billion.”