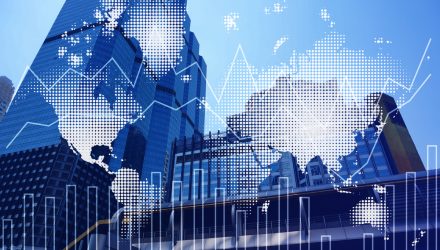 While Internet Infrastructure Expands, Get Exposure Through This ETF

One of the highlights of the trillion-dollar infrastructure package is giving more Americans access to the internet, which is a net positive for the Global X Data Center REITs & Digital Infrastructure ETF (VPN).

Because to many, the internet is seen as universally commonplace, it’s easy to forget that in certain parts of the country, it’s still viewed as a luxury. Nowadays, with seemingly all goods and services purchased online, the internet can be a necessity.

The U.S. government understands that there are certain parts of the country that are under-served when it comes to accessing the internet due to lack of proper infrastructure. Hence, the need to add federal funding in order to ensure that these remote areas get access to the internet at the proper data transmission speeds.

“The Federal Communications Commission estimates that more than 14 million Americans lack access to baseline broadband speeds, while the internet service-tracker BroadbandNow pegs the number at closer to 42 million,” a CNET article says.

“Out of crisis is opportunity,” FCC acting chair Jessica Rosenworcel said in an interview with CNET in September. “With this crisis, we’ve ended the days where we talk about broadband as a ‘nice-to-have.’ Policymakers everywhere now understand it’s a ‘need-to-have’ for everyone across this country.”

Banking On an Internet Infrastructure Build-Out

As internet infrastructure continues to build, VPN can capture this growth potential. VPN seeks to invest in companies that operate data center REITs and other digital infrastructure supporting the growth of communication networks.

The fund seeks to provide investment results that correspond generally to the price and yield performance, before fees and expenses, of the Solactive Data Center REITs & Digital Infrastructure Index. Its top holding, as of January 6, is Crown Castle — a REIT that focuses on shared communications infrastructure.

Rounding out its top three holdings are American Tower Corp and Equinix. Both companies focus on communications infrastructure and data centers.