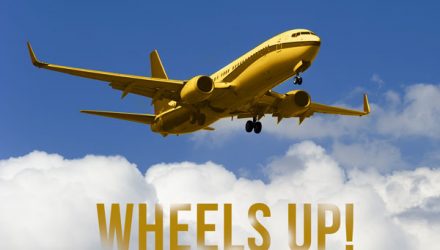 Wheels Up! Economic Recovery Could Be Faster Than Expected

Sometimes it can be challenging to remain optimistic, to look past the never-ending raft of negative headlines and see the upside.

Last week was no exception.

The number of COVID-19 deaths in the U.S. exceeded 100,000, a significant toll, with cases continuing to climb in new hot spots.

Meanwhile, political and racial tensions are running high. Violent protests erupted in Minneapolis and other U.S. cities (including U.S. Global Investors’ hometown of San Antonio) in response to the police killing of George Floyd. The incident also led to an escalation of the ongoing feud between Twitter and President Donald Trump, when Twitter blocked one of the president’s tweets for violating its rule about “glorifying violence.”

And across the Pacific, protests resumed in Hong Kong following China’s passage of a national security law that, among other things, enables Chinese law enforcement officials to operate within the special administrative region. The U.S. State Department announced that it no longer considers Hong Kong to have reasonable autonomy under Chinese rule.

You get the idea.

As troubling as these developments are, it’s important not to lose sight of the good that appears to be taking place right now. Investors that focus only on the negative tend to miss out on the opportunities.

Consider airlines. Shares of commercial carriers flew up 11.75 percent last Tuesday on renewed hopes that a vaccine against the novel coronavirus can be developed as soon as year-end.

Dr. Anthony Fauci, the leading U.S. expert on infectious diseases, shared his outlook last Wednesday, telling CNN that “we have a good chance… that we might have a vaccine that would be deployable by the end of the year, by December and November.”

Airline stocks, as measured by the NYSE Arca Airline Index, are still down some 57 percent from their trading range soon before travel restrictions grounded flights. This, I believe, represents the greatest buying opportunity in airline stocks since at least 9/11.

Indeed, we’ve been seeing record daily inflows into airline equities in the two months since bookings began to make their recovery. As of May 29, positive inflows had found their way into airlines for a remarkable 62 straight days, according to Eric Balchunas, senior ETF analyst at Bloomberg.

The number of passengers screened daily in the U.S. by the Transportation Security Administration (TSA) has steadily been gaining momentum since carriers were first grounded in an effort to limit the spread of the pandemic. On May 31, nearly 353,000 people boarded commercial flights in the U.S., up 303 percent from a low of 87,534 people on April 14, and well above the 10-day moving average.

Some carriers have begun to announce plans to expand routes. In a press release dated May 28, Southwest Airlines said it would resume some flights to Mexico and the Caribbean on July 1, and by the fall would add “more frequencies and more nonstop flight options” for business travelers from Phoenix, Denver, Las Vegas and Nashville. Effective December 17, Southwest will introduce several new nonstop links, including Phoenix and Memphis, Denver and Birmingham, and Atlanta and Louisville.

Deutsche Bank recently gave Southwest a Buy rating as bookings for the Dallas-based carrier are once again outpacing cancellations—and much sooner than previously anticipated. What’s more, revenues look better-than-expected, with load factors running at between 25 percent and 30 percent, quite a bit higher than the forecast 5 percent to 10 percent, according to Deutsche.

Some airlines are so (cautiously) optimistic about a quick rebound in air travel that they’re leaving the Trump administration’s $29 billion in pandemic relief aid untapped—for now. Bloomberg reports that of the four big carriers, only American Airlines has so far said it would be borrowing from the pool of funds, which comes with strings attached. The other three are taking a wait-and-see approach, hoping the summer travel season will encourage travelers to return to the skies. Wheels up!

Trucking Rally Could Be Telegraphing a Faster-Than-Expected Recovery

It isn’t just airlines that are telegraphing a faster-than-expected recovery. Shares of domestic trucking companies have been on a tear, notching all-time highs in two of the past three trading days. Leaders have been Avis Budget (up 31.3 percent from a month ago), Saia Inc. (up 27.5 percent) and Old Dominion Freight Line (up 16.5 percent).

In the past, trucking stocks—and transport stocks in general—have been seen as an economic bellwether since they reflect changes in overall business activity.

According to Matt Maley, chief market strategist at Miller Tabank & Co., the rally in trucking stocks tells us that “the economy is going to bounce back in a much stronger way” than many are anticipating. For the 12-month period, the S&P Supercomposite Trucking Sub-Industry Index was up nearly 40 percent, far outperforming the broader Transportation Industry Index, down 6 percent through May 28.

China to Operate More Flights Than the U.S. for the First Time Ever

Improvements in economic conditions are also happening elsewhere. Countries are finally beginning to reopen, including China, where the novel coronavirus originated.

In fact, China’s economy appears to have reopened the most of any other major Asian country. A report by Brown Brothers Harriman (BBH) indicates that China is closest to returning to normal, considering a number of important factors. In the five-point graph below, you can see that China is ranked number one in school openings, removing penalties/fees and allowing non-essential businesses to open. The country also ranks highly in borders and social distancing.

“A structure has been put into place for the tracing of the virus, and China seems well in control over the pandemic,” BBH analysts write.

Most surprising is that China’s domestic carriers are on track to operate more flights than American carriers for the first time ever this month, according to Bloomberg. Airlines in China are reportedly flying 65 percent of normal capacity, compared to around 26 percent in the U.S.

Interested in learning more about investing in airlines in the age of COVID-19? Register for our FREE webinar, taking place June 17 at 1:00 Central time, by clicking on the banner below!

Holdings may change daily. Holdings are reported as of the most recent quarter-end. The following securities mentioned in the article were held by one or more accounts managed by U.S. Global Investors as of 3/31/2020: Southwest Airlines Co., American Airlines Group Inc.