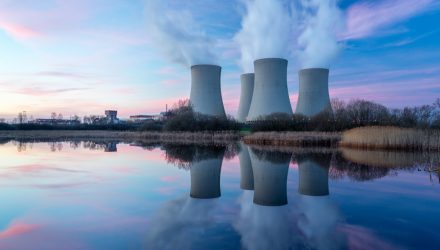 Among the best performing non-leveraged ETFs of Wednesday, the Global X Uranium ETF (URA) advanced 11.5%, with the ETF testing its long-term resistance at the 200-day simple moving average.

In a major policy shift since the Fukushima nuclear power plant disaster over a decade ago, Japan will restart its nuclear reactors and could be extending the lifespan of existing reactors in the wake of soaring energy prices following the Russia-Ukraine war, Reuters reported.

Since the massive earthquake that caused a tsunami and a nuclear meltdown at the Fukushima Daiichi power plant in 2011, nuclear power has been a hard sell for the Japanese public. Public opinion is quickly changing as elevated energy costs are adding to calls for cheaper energy alternatives, especially with the growing global calls for sustainable energy sources beyond fossil fuels. Some are even calling nuclear energy a key component in the government’s green transition.

“It is the first step towards the normalization of Japan’s energy policy,” Jun Arima, a project professor at the University of Tokyo’s graduate school of public policy, told Reuters.

Japan is highly reliant on energy imports since its power grid is not connected to neighboring countries and it is not endowed with plentiful fossil fuel sources.

The Japanese government has hoped to restart its nuclear reactors ahead of the uptick in seasonal demand over winter.

“In order to overcome our imminent crisis of a power supply crunch, we must take our utmost steps to mobilize all possible policies in the coming years and prepare for any emergency,” Kishida said.

“It is extremely important to secure all options to redesign a stable energy supply for our country,” Economy and Industry Minister Yasutoshi Nishimura told reporters, according to ABC News. “From that perspective, we will also consider all options regarding nuclear power.”