You are at:Home»Thematic Investing Channel»Two ETFs to Consider as Twitter’s Jack Dorsey Steps Down as CEO 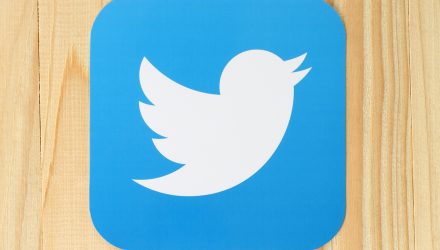 Twitter founder Jack Dorsey stepped down as CEO of the social messaging company on Monday, noting that the company is ready to move on without him.

Dorsey, who also founded payments company Square, will be handing the reins of the company to Parag Agrawal, who has been serving as Twitter’s Chief Technology Officer (CTO) since 2017.

“I’ve decided to leave Twitter because I believe the company is ready to move on from its founders. My trust in Parag as Twitter’s CEO is deep. His work over the past 10 years has been transformational. I’m deeply grateful for his skill, heart, and soul. It’s his time to lead,” said Dorsey in a press release.

What’s next for Dorsey? The now former Twitter CEO will be focusing more heavily on the cryptocurrency space while also focusing more on Square.

“If I were not at Square or Twitter, I’d be working on bitcoin,” Dorsey told a crowd at a cryptocurrency conference known as Bitcoin 2021.

With a 4% allocation to Twitter, one ETF to watch focuses directly on the power of social media itself: the Global X Social Media ETF (SOCL). SOCL seeks to provide investment results that correspond generally to the price and yield performance of the Solactive Social Media Total Return Index, which tracks the equity performance of the largest and most liquid companies involved in the social media industry, including companies that provide social networking, file sharing, and other web-based media applications.

Another fund to watch is the Global X Founder-Run Companies ETF (BOSS). While BOSS has just a 0.94% allocation towards Twitter, it’s notable due to its unique theme — it builds on the premise that companies that are run by their founders can prosper.

BOSS focuses on companies where the founder or co-founder serves as the CEO of the company. Who knows a company best than someone who was there from the very beginning?

BOSS seeks to provide investment results that correspond generally to the price and yield performance, before fees and expenses, of the Solactive U.S. Founder-Run Companies Index. As mentioned, the underlying index is designed to provide exposure to U.S. companies in which a founder or co-founder of the company is serving as the Chief Executive Officer of the company, as determined by Solactive AG, the provider of the underlying index.