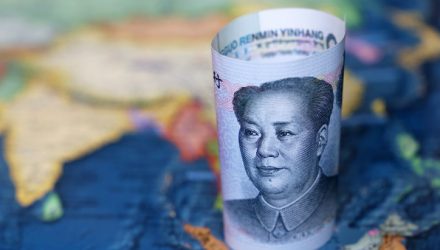 Heightening trade tensions between the U.S. and China, the world’s two largest economies, are being blamed for Monday’s slump in equity markets. Previously high-flying, cyclical sectors, including technology, were stung on Monday as investors worried that a series of tweets from President Trump could hamper trade talks with China.

While Monday proved forgettable for CHIK, the ETF is still up more than 35% year-to-date, underscoring the strength in Chinese technology stocks to this point in 2019.

Ongoing trade negotiations between the U.S. and China have revolved around a wide range of issues, such as forced technology transfer as both are working feverishly to bring the trade war to an end. U.S. President Donald Trump has already imposed tariffs to the tune of $250 billion of Chinese imports in 2018.

“China’s foreign ministry said that officials were still planning to travel to the U.S. for the next round of talks but was unable to confirm when, amid signs that a delay is now being considered,” according to Bloomberg. “The response came after Trump said in tweets that progress on trade talks was too slow and threatened to slap steeper tariffs on Chinese goods.”

CHIK holds 42 stocks, over 34% of which are electronics components makers. Over 36% of CHIK’s combined weight is allocated to hardware and software companies.

“MSCI China’s tech stocks gauge surged 34 percent this year through last week, the second-best performer, helped by earlier optimism over trade talks. The sector has become a trade war proxy as giants from ZTE Corp. to Huawei Technologies Co. found themselves at the center of an escalating technology rivalry between China and the U.S.,” according to Bloomberg.