You are at:Home»Thematic Investing Channel»This Way to Norway: The Case for the NORW ETF 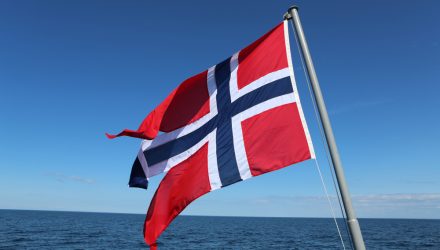 This Way to Norway: The Case for the NORW ETF

As investors look overseas for opportunities, Norway is a strong country to consider. One way to snag targeted country-level exposure is the Global X MSCI Norway ETF (NORW), which is up 8% for the year.

Per a Borneo Bulletin article, “Norway’s economy contracted 2.5 per cent in 2020, a historic setback but a limited one compared to many other countries, official data showed yesterday. The country even saw growth in its gross domestic product (GDP) of 1.9 per cent in the fourth quarter, according to Statistics Norway.”

“Preliminary accounts show that the downturn in 2020 was somewhat lower than we feared when restrictions were at their peak in March and April,” Head of National Accounts at Statistics Norway Pal Sletten said in a statement.

“This is, however, still the largest annual downturn measured for the mainland economy since estimations began in 1970, and it is probably the greatest economic downturn since the Second World War,” Sletten added.

How Norway Muted the Effects of the Pandemic

In Norway, the government helped implement the right measures to curb a rash of cases, minimizing the number of Norwegians ultimately infected with the virus.

“Thanks to a combination of factors, such as remote geographical location, low population density and compliance with protective measures, Norway has managed to mostly curb the spread of COVID-19 without a strict containment regime,” the article said further.

“Norway’s central bank has cut its key interest rate to zero, and the government has drawn on the country’s huge sovereign wealth fund, the largest in the world, to support the economy,” the article added.