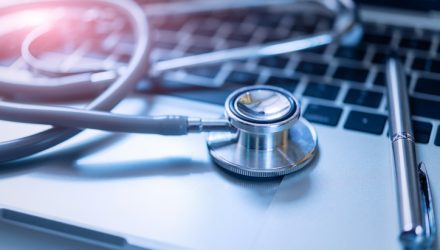 Beset by political problems for much of this year, the iShares U.S. Healthcare Providers ETF (NYSEArca: IHF) was a laggard ETF in a sector full disappointments. But things change in financial markets and often do so rapidly and that has been a boon for IHF.

Over the past month, IHF is higher by more than 11%, boosting its year-to-date gain to 15.53%. Sure, that lags the S&P 500, but considering from where the fund was coming from earlier this year, it’s recent run is impressive. Importantly, IHF’s good times appear poised to continue into year-end.

“Shares of major health-insurance firms were rising Monday morning as political developments over the weekend seemed to lessen the chances of Medicare for All being implemented in the near term,” reports Josh Nathan-Kazis for Barron’s.

“Medicare for All, the health plan championed by Democratic presidential hopefuls Elizabeth Warren and Bernie Sanders, would effectively eliminate the managed-care industry,” according to Barron’s. “Fears of the plan have weighed on the sector this year, and Warren’s elaboration of the details of her plan in early November failed to shake the stocks.”

“On Friday, Warren released new details on her Medicare for All plan, in which she said she likely wouldn’t seek to pass legislation instituting full Medicare for All until her third year in office,” reports Barron’s.