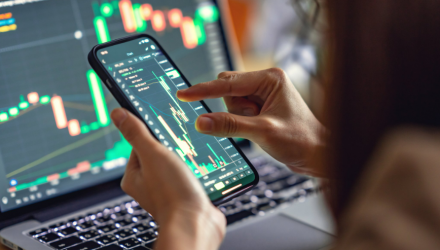 Roxanna Islam, CFA, CAIA October 13, 2022
In 2020, over 50% of new publicly listed companies were SPACs, with a large portion being in disruptive technology and growth-oriented industrial manufacturing stocks, including electric vehicle, space, and biotechnology companies.(1) Many of these became constituents within thematic indexes and ETFs and contributed to high performance throughout 2020 and early 2021. But with both higher interest rates and higher risk aversion, many companies that have gone public through SPAC mergers are now trading below their initial offering prices, and there are also less SPACs mergers occurring in 2022. However, thematic sectors are not necessarily anchored to growth in SPAC mergers—many new public companies still prefer the IPO process, while many of the largest players in thematic sectors are actually older companies adapting toward a new trend. This note provides a brief overview of what SPACs are, how they have changed, and how they relate to thematic investing.

What exactly is a SPAC?

SPACs are fundamentally neither good nor bad—a SPAC merger is actually just a method of taking a company public, much like an IPO with several key differences. A SPAC (or special purpose acquisition company) is a type of blank check company with no operations and limited assets created solely to combine with a private company. After the private company merges with the SPAC, it becomes a public company, and the newly formed company retains the operations of the target company and trades under a new ticker.(2) This differs from the traditional IPO route, where a private company issues new shares and sells them on a public exchange.(3) SPAC mergers have several advantages compared to IPOs. They are usually faster than an IPO and cheaper to market (no roadshows are required to generate public investment).(4) In addition, initial prices are negotiated ahead of the transaction (usually $10 per share) instead of being based on market conditions, which can be more advantageous during volatile markets. SPACs are popular within certain sectors (e.g., disruptive technology, industrial manufacturing) because they are often smaller, less mature firms that may have more difficulty raising money through a traditional IPO process because of their largely innovative, growth-oriented ideas.

What has changed for SPACs?

While higher interest rates and rotation away from growth investments may keep SPAC interest lower than recent years, stricter regulations are likely the largest obstacle in the future. The SEC has started to address “safe harbor” laws that have been protecting SPACs from investor lawsuits. Because SPAC mergers are technically acquisitions, SPACs can include future projections, while many of these companies have no historical data.(5) These projections can often be more optimistic than reality, especially when markets are volatile as they have been the past few years. For example, there were several electric vehicle companies that went public through SPACs in 2020-2021. Many had several years of ambitious production goals scheduled, which were slowly pushed out due to COVID, supply chain, and operational issues (for some). In contrast, companies going through an IPO process typically have to present several years of historical data and cannot make forward-looking statements.

How does this apply to thematic investing?

Is the FUTURE Electric, Autonomous, or Both?
Legacy Automakers Charge Ahead of New Entrants in EV Push
Four Megatrends Elevating the Commercial Space Industry
Investing in Space: Satellites Show the Big Picture