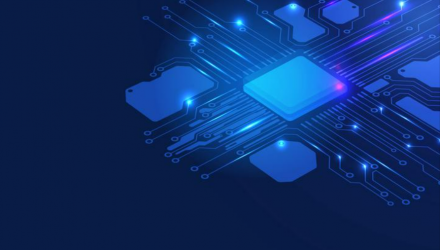 Many thematic indexes are driven by long-term growth in technology and innovation—for instance, electric vehicles or the space economy. These technologies often rely on semiconductors which are considered the “brains of modern electronics.” After supply issues increased significantly during the pandemic, causing companies to cut production of anything from automobiles to PS5 consoles, semiconductors finally gained deeper recognition within the public. This week, the President signed the CHIPS and Science Act which would provide $50 billion in subsidies to chip manufacturers to expand their operations within the U.S. and $2.7 billion for other activities like research, development, and workforce growth.(1) This note discusses how the semiconductor industry could grow to meet demand created by innovation and how VettaFi’s thematic indexes are directly or indirectly exposed to semiconductor stocks.

Certain thematic indexes have direct exposure to semiconductor stocks. Because of the significant role semiconductors play in electrifying automobiles, the S-Network Electric & Future Vehicle Ecosystem Index (FUTURE) has a large exposure to semiconductor companies—approximately 43.3% of FUTURE of its index weight as of August 4, 2022.(2) The S-Network Streaming & Gaming Index (STREAM) also holds almost 15% of its weight in semiconductor stocks, while the Alerian Galaxy Global Blockchain Equity, Trusts, and ETPs Index (BCHAIN) has almost 10%. Although they may not directly hold semiconductor stocks, certain thematic indexes may also be driven by end users of semiconductors. These include companies related to PCs/laptops, mobile phones, and automotive, especially those that deal with disruptive technologies like artificial intelligence, 5G, virtual reality/augmented reality, etc. This has readthroughs for indexes like the S-Network Space Index (SPACE), which includes large satellite companies and other space technology. Indexes like O’Shares Global Internet Giants Index (OGIGX) and S-Network Global E-Commerce Index (ECOMX) are driven by consumer use of devices like laptops, computers, and mobile phones. Indexes like S-Network Medical Breakthroughs Index (PMBI) and other healthcare technology indexes may also see benefits from constituents that rely on semiconductors for robotics and medical devices.

Benefits likely won’t materialize for a few years, but support for the industry is a net positive.

Benefits will likely not be immediate to the semiconductor industry given that the $50 billion will be allocated over five years. Additionally, it could take several years to build or expand facilities and ramp them up to full scale. It is also important to note that the CHIPS Act will not benefit all semiconductor companies equally—U.S. manufacturers, for example, would benefit the most. Intel Corp (INTC), a large U.S. chip manufacturer, believes the Act is the most important piece of policy in recent years, which will allow them to invest in their strategy aggressively and meet their growing production needs. They do not expect to receive any funding until at least 2023.(3) Companies like NVIDIA Corp (NVDA) and Advanced Micro Devices (AMD) design chips rather than manufacture them and outsource production to foreign companies. But the Act may provide these companies the opportunity to explore relationships with domestic manufacturers—NVIDIA’s CEO has already voiced interest in working with Intel.(4) Foreign companies like Samsung (005930 KS) and Taiwan Semiconductor Manufacturing (TSM) have already started expansion for facilities in the U.S. Samsung recently announced a proposal to create 11 new manufacturing facilities in Austin, TX for $200 billion which would start production by 2034.(5)

End users of semiconductors (particularly those in the U.S.) could eventually benefit from the increased supply of semiconductors, cheaper costs to procure semiconductors domestically, and less chance of supply chain disruptions as we saw during the COVID-19 pandemic. According to estimates by both the Semiconductor Industry Association (SIA) and McKinsey & Company both place the current global semiconductor market at between $550 – $600 billion globally. Forecasts expect the market to grow by around 80% by 2030. The growth is mostly driven by the automotive sector (which is currently in the process of electrifying by 2030), data storage (which is driven by increased internet usage), and wireless communications (driven by faster 5G speeds and more wearable and connected devices). With more demand growing alongside innovation, a steady supply of semiconductor production becomes more crucial for all of these sectors.

While the CHIPS Act is not immediately beneficial to the semiconductor industry, passage of the bill could lead to a greater supply of semiconductors, particularly within the U.S. that will help support innovation and digital disruption underlying thematic indexes and products.

Legacy Automakers Charge Ahead of New Entrants in EV Push

(2) Samsung is not in the semiconductor GICS industry but is the highest contributor to industry revenue.