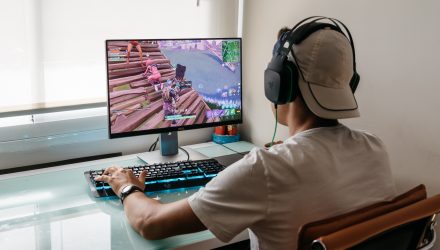 The VanEck Vectors Video Gaming and eSports ETF (NYSEArca: ESPO) has recently been setting a torrid pace, surging nearly 7% this month on its way to a series of record highs and a year-to-date gain of almost 16%.

A new survey confirms some of the bullishness surrounding the eSports investment thesis.

The eSports theme is seen as a major disruptive force in the technology and sports arenas, indicating ESPO could be on the cusp of some impressive long-term growth.

“Advertisers seem to agree. They are expected to spend over $200 million on digital spots for esports in the U.S. by 2020, according to an eMarketer report,” notes Barron’s.