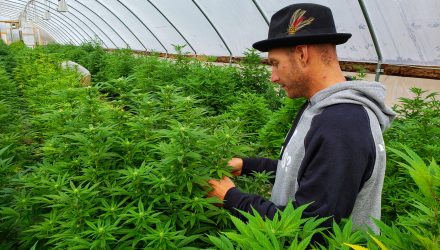 June 2019 saw Illinois become the 11th state to legalize the sale/purchase of marijuana, and it rang in the new year with its first recreational marijuana sales. Chicago-based Cresco Labs, a cannabis company, purportedly spent weeks training over 500 employees in Illinois on educating new marijuana users prior to the first of the new year.

Cresco already has a plethora of products ready to go in their various stores in Chicago suburbs including flowers, pre-rolled joints, vapes, concentrates and edibles.

“The level of excitement has far outweighed the launch of an iPhone or new pair of Jordan [shoes],” Cresco Labs spokesman Jason Erkes told CNBC.

Per a CNBC report, under the new Illinois law, “adults over the age of 21 may own 30 grams of cannabis flower, 500 milligrams of THC in pot products and 5 grams of cannabis concentrate. People visiting the state are allowed to purchase 15 grams of the drug but cannot transport it across state lines. The drug can only be smoked in private residences and smoke shops, according to the state law.”

“In 2019, we saw lawmakers in states move expeditiously” to provide relief to people harmed by marijuana laws,” said Paul Armentano, deputy director of the National Organization for the Reform of Marijuana Laws.

“Illinois lawmakers are to be commended for enacting comprehensive legislative reform that is both in accordance with public opinion as well as with principles of fairness and social justice,” he said. “Today, an estimated one-in-four Americans reside in a jurisdiction where cannabis is legally regulated, and we anticipate that further states will follow suit in 2020.”

ETF Investing in the Growth of Cannabis Legalization

ETF investors looking to capitalize on the continued legalization of the cannabis and its effects on industry growth can look to funds like the ETFMG Alternative Harvest ETF (NYSEArca: MJ). MJ seeks to provide investment results that track the total return performance of the Prime Alternative Harvest Index, which is concentrated in the pharmaceuticals and tobacco industries and tracks the performance of the exchange-listed common stock (or corresponding ADRs or GDRs) of companies across the globe.

Another option is the AdvisorShares Pure Cannabis ETF (YOLO), which is the first actively managed cannabis ETF in the U.S. The fund seeks long-term capital appreciation by investing, under normal circumstances, at least 80% of its net assets in securities of companies that derive at least 50% of their net revenue from the marijuana and hemp business and in derivatives or other instruments that have economic characteristics similar to such securities.