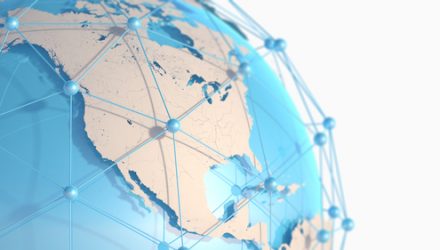 The Senate approved President Donald Trump’s United-States-Mexico-Canada agreement, potentially bolstering a number of exchange traded funds that could capitalize on the movement of free trade.

For example, the iShares MSCI Mexico Capped ETF (NYSEArca: EWW), the largest US-listed ETF dedicated to Mexican equities, has suffered as trade barriers were raised, but the deal could help bolster Mexico’s economy.

The overhauled NAFTA passed through the Senate by an 89-10 vote after it passed the House in December on a 385-41 vote, and it will be likely signed in by Trump, Bloomberg reports.

Democrats, led by Speaker Nancy Pelosi, agreed to back the updated trade deal in December after more than a year of modifying provisions on labor, the environment, pharmaceuticals and the overall enforcement of the deal. The changes won over Democratic senators like Sherrod Brown and Elizabeth Warren whom previously censured the free trade deals.

Some Democrats, including Senate Minority Leader Chuck Schumer, are disappointed that the deal does not include any provisions to combat climate change.

“Despite the fact that it includes very good labor provisions, I am voting against USMCA because it does not address climate change, the greatest threat facing the planet,” Schumer said in a statement.

The Senate initially did not have the USMCA on its schedule until it dealt with Trump’s impeachment proceedings, but Pelosi delayed the impeachment articles to the Senate, which opened a window for the vote. Consequently, the Senate Finance Committee and six other panels rushed to approve the deal after lawmakers returned from holiday last week.