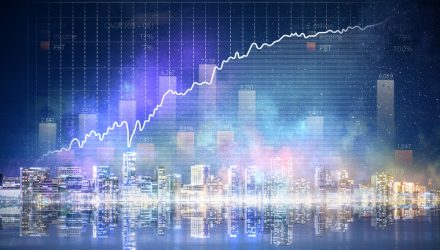 Record of Reliability Could Boost This Uranium ETF

Uranium’s sordid past may be due to nuclear power disasters, but a recent record of reliability is helping to ease skepticism for nuclear power as a renewable energy source.

“The world needs more energy from renewable sources, but recent weather events have highlighted one of the key issues: intermittency,” said John Ciampaglia, chief executive officer of Sprott Asset Management. “If wind blows less, or it rains less, or a freak winter storm freezes wind turbines, you need another source of reliable base load power,” Ciampaglia added. “Nuclear power plants operate, on average, 93% of the time.”

According to a MarketWatch article, Europe was scrambling to locate renewable energy sources, and uranium was tapped. As such, prices for the metal surged by 40% last year.

That translates to strength for the Global X Uranium ETF (URA), which was up 36% within the past year. URA seeks to provide investment results that correspond generally to the Solactive Global Uranium & Nuclear Components Total Return Index.

More strength could be ahead for URA as more nations could be forced to look to nuclear power as an alternative, similar to what Europe did last year.

“There is a growing realization that nuclear has to be part of the energy mix if countries have any chance of achieving their decarbonization targets, while continuing to provide reliable baseload electricity,” Ciampaglia added.

Helping uranium’s cause last year was U.S. President Joe Biden signing a trillion-dollar infrastructure package into law. One of its key components is stressing the need for more renewable energy sources, including uranium.

The U.S. has, in the recent past, been investing more in uranium mining. Chinese demand will also be a key mover for the metal, as the country is also looking to bolster its use of uranium as a renewable energy source.

“In 2020, the U.S. government began to invest heavily in uranium mining, contributing to an uptick in the stock market,” Go Banking Rates reports. “Uranium fuels nuclear power, which represents approximately 20% of America’s energy and 10% of the world’s electricity. And its use is growing. About 50 new reactors are under construction in countries that include China, India, Russia and the United Arab Emirates, with completion dates ranging from 2021 to 2027.”