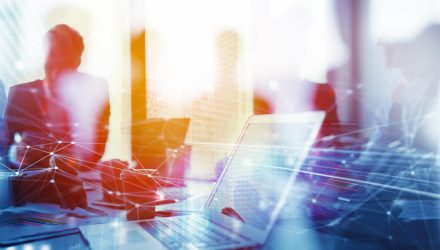 The Global X U.S. Infrastructure Development ETF (PAVE) is higher by more than 3% over the past month and there are good reasons behind that move, not the least of which is the requisite election-year push for infrastructure spending.

PAVE tries to reflect the performance of the Indxx U.S. Infrastructure Development Index, which is comprised of companies focused on domestic infrastructure development, including those involved in construction and engineering; production of infrastructure raw materials, composites, and products; industrial transportation; and producers/distributors of heavy construction equipment.

“The Trump administration proposed a $1.5 trillion infrastructure bill to bolster the American economy,” according to Global X. “The bill lays out plans to spend $300 billion to build and fix roads and bridges; $100 billion for low-income schools; and $100 billion for transit and telecommunication in rural regions.”

“The news sparked U.S infrastructure stocks to jump, with U.S concrete shares to marking a 22.5% increase week over week, and also ignited hopes of bringing manufacturing back to the United States,” notes Global X.

“Though it’s possible this particular bill could materialize in the not-too-distant future, how the administration plans to finance such an ambitious project remains to be seen. Adding to the uncertainty is that financing for the administration’s $2 trillion infrastructure plan from April 2019 has yet to be hashed out,” according to Global X.