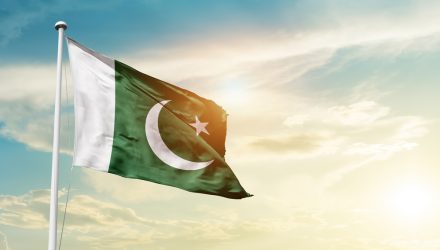 Pakistan announced on Thursday that it will raise fuel prices in compliance with the IMF so that it can resume receiving aid from a $6 billion package signed in 2019, Reuters reports.

The IMF and Islamabad previously reached a deal for over $900 million in funds once Pakistan halted fuel subsidies and raised prices.

“When we raise fuel prices, the deal will be done. We have worked out the outlines of a deal,” a Pakistani source directly involved in talks in Qatar told Reuters.

The fuel subsidies have been the main point of issue between Pakistan and the IMF as part of an agreement to withdraw subsidies from the energy sectors to diminish the fiscal deficit.

The resumption of the IMF bailout helped keep the South Asian economy going and avoid a default, Bloomberg reports. Pakistan stocks have plunged and the rupee currency has dropped 9% in the past month, the worst performer among Asian nations, amid the crunch. The country’s dollar bond also retreated to a record low last week.

The bailout program that was announced in 2019 was suspended earlier in 2022 after the previous prime minister, Imran Khan, cut fuel prices and froze prices for four months, which cost the government $600 million per month in subsidies. Additionally, Premier Sharif pushed off price hikes three times since coming to power on April 11, adding to concerns over the government’s ability to resume the IMF program.

Information Minister Maryam Aurangzeb said that Pakistan has banned all non-essential imports, such as cars and luxury goods to limit any further depreciation of the country’s rupee currency against the American dollar, the Associated Press reports.

“Pakistan is facing an economic emergency situation, and we are taking correct and tough decisions to overcome this economic crisis,” Aurangzeb told a news conference.