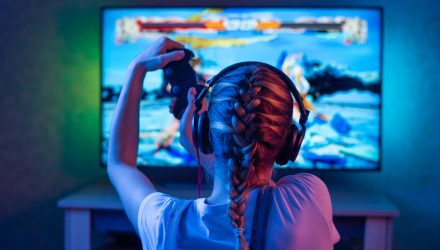 The Global X Video Games & Esports ETF (NASDAQ: HERO) and other video game ETFs are among the hottest industry ETFs this year. Fortunately, there could be to the video game investing thesis and, believe it or not, it could come courtesy of the Olympics.

The International Olympic Committee (IOC) is searching for ways to make the competition more relevant among younger viewers and there’s a chance they could turn to esports as a way of doing that.

“To that end, it is introducing new events, such as skateboarding, surfing, and climbing. Why not go further and let national teams compete at video games?,” reports The Economist. “Electronic sports such as ‘Fortnite’, described above, are vastly more popular than Olympic oddities such as dressage or curling. In fact, they are more popular than most mainstream sports. Only 28% of British boys aged 16-19 watch any traditional live sports; 57% play video games.”

While gaming has been something that has received a significant boost given that sports were nearly eradicated since March, and most sports fans are bored at home, with shelter-in-place restrictions easing and consumers resuming work and play outside the house, there is a question as to whether companies like Take-Two will continue to have such robust growth.

There are compelling reasons why the IOC may want to seriously consider looking at adding esports to the Olympics fray.

“The notion that warlike sports have no place in the Olympics is hard to square with history. Javelin-throwing and wrestling were introduced in 708BC,” reports The Economist. “They are still there. Modern pentathlon, which includes shooting and fencing, was designed to train soldiers. The imaginary mayhem in “Fortnite” cannot be compared to the real harm caused by boxing. Packs of e-sports fans do not rampage through town centers as soccer or ice-hockey fans sometimes do.”

In addition to the expected ongoing boom of esports, including among participants, bettors, and advertisers’ and networks’ desire to get a piece of the action, there are other longer-ranging catalysts for ESPO. Those include gamers’ diverse tastes for software, which allows the industry to appeal to a diverse cross-section of consumers.