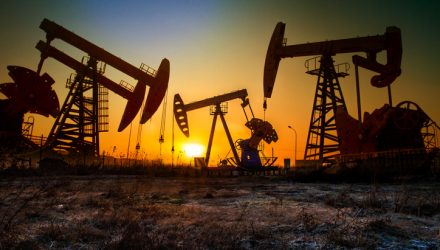 Crude oil prices and related oil ETFs plunged Wednesday as tensions with Iran fade and after President Donald Trump claimed that we don’t need the supply coming out of the Middle East.

After closing at their highest level since last May on Monday in response to possible disruptions to the world’s crude supply, oil prices plummeted Wednesday on expectations of steady supply from the U.S. and the Organization of Petroleum Exporting Countries, along with its allies, if required, the Wall Street Journal reports.

“The Iran situation remains fluid, but based on what we know today, the scenario of an actual supply disruption looks unlikely,” Raymond James analysts said in a note.

Trump also claimed that the United States no longer needs to import oil from the Middle East, further adding to the selling pressure after the recent run-up in crude prices.

“We are now the number one producer of oil and natural gas anywhere in the world. We are independent and we do not need Middle East oil,” Trump said.

While the United States is the top oil producing country, according to federal data, the U.S. has also been able to reduce energy imports but still relies on some overseas oil imports, the Miami Herald reports.

According to Forbes, “U.S. dependence on Middle East oil has fallen, but production of Middle Eastern oil has risen by about 5 million (barrels per day) in the past decade. So the rest of the world uses more oil from the region than they did a decade ago.”