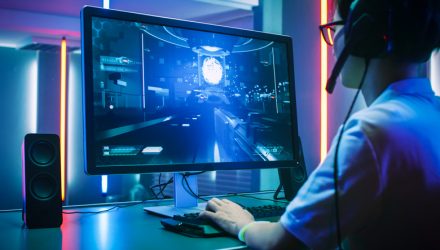 The Global X Video Games & Esports ETF (NASDAQ: HERO) debuted last month and despite that rookie status, it’s clear the new ETF is at the corner of some exciting trends.

The new HERO “seeks to invest in companies that develop or publish video games, facilitate the streaming and distribution of video gaming or esports content, own and operate within competitive esports leagues, or produce hardware used in video games and esports, including augmented and virtual reality,” according to Global X.

Data confirm the esports market is booming and will continue to do so over the next several years.

“he eSports market is expected to grow rapidly in the following years. According to GoldenCasinoNews.com, from an estimated $865 million in 2018, eSports worldwide revenues are projected to increase to $1.79 billion in 2022, meaning it will double in the next three years,” reports Golden Casino News.

Esports is a global phenomenon, a theme HERO is levered to because the fund allocates just 29.45% of its weight to U.S. Stocks.

“According to 2019 data, the total eSports revenue in 2019 amounted to $ 1.1 billion, or 26.7 percent more than a year before,” notes Golden Casino. “The majority of the global eSports revenue comes from sponsorships, which generated $457 million in revenue in 2019, or 34.4 percent more compared to 2018 data. Esports media rights brought $251.3 million profit, advertising $189.2 million, while the merchandise and tickets generated $103.7 million in earnings.”