You are at:Home»Thematic Investing Channel»NERD ETF – Not Just for Geeks 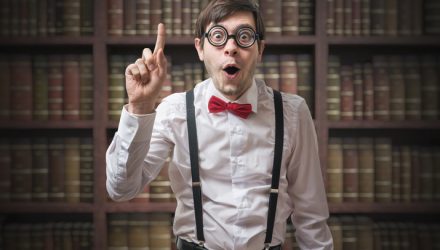 NERD ETF – Not Just for Geeks

Projected global gaming revenues are expected to climb from $138 billion in 2018 to $180 billion in 2021. Such large projections have some industry watchers wondering if the numbers are over-inflated. But according to self-professed gamer, Tim Maloney, who is co-founder and CIO at Roundhill Investments, the opportunity is real.

“There is a lot of excitement that is being driven by the eyeball numbers,” he admitted in an interview with Yahoo! Finance. However, he said, “I do think the opportunity is here to stay.”

“The reason for having an index in an ETF of the different publishers is because it’s a hit-driven business,” Maloney said. “Fortnite came out of nowhere a few years ago; now it’s the biggest thing anyone has heard of. You want diversified exposure, and having the ETF approach for it helps mitigate some of those risks in the hit-driven business.”

To encourage investors to add NERD to their portfolios, the fund will offer a fee waiver for the first year of trading, capping the fund’s expense ratio at 0.25%. The firm intends to charge 0.50% per year thereafter.