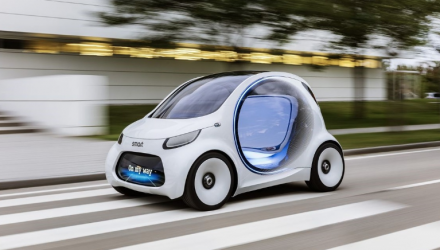 “The International Energy Agency’s (IEA) new Global Electric Vehicles Outlook projects global EV sales to hit 22 million by 2030, under its new policies scenario, which assumes no policy changes. That would bring the total number of EVs on the road in the world to 130 million,” reports Mining.com.

DRIV debuted just over a year ago and tracks the Solactive Autonomous & Electric Vehicles Index. Component companies include firms “involved in the development of autonomous vehicle software and hardware, as well as companies that produce EVs, EV components such as lithium batteries, and critical EV materials such as lithium and cobalt,” according to Global X.

“There are currently more than 1 billion vehicles in the world, so if the IEA’s projections hold true, that means that 10% to 20% of the world’s vehicles could be electric by 2030,” reports Mining.com.

EKAR tries to reflect the performance of the Innovation Labs Next Generation Vehicles Index, which is comprised of companies engaged in the development of “New Energy Vehicles,” such as vehicles propelled by one or more electric motors powered by rechargeable battery packs, or “Autonomously Driven Vehicles,” such as vehicles capable of driving themselves from a starting point to a predetermined destination in “autopilot” mode using various in-vehicle technologies and sensor.