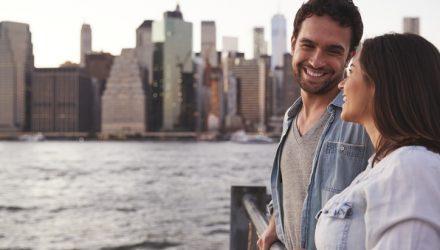 Millennials vs. Dogs of the Dow Thematic Investing

Representing 35% of the labor force, the Millennial generation is increasingly accumulating wealth and changing the U.S. economy. Continuing our focus on thematic ETFs, there are a couple of small products that attempt to provide exposure to the increased power from those born between 1980 and 2000.

Earlier this week, in a research article titled “Playing Long-Term Tech Themes with ETFs” CFRA highlighted ways to participate in cyber-security and robotics investment trends. The highlighted funds had sizable stakes in the Information Technology sector. Yet, Millennial-focused products have distinct sector exposure.

Global X Millennials Thematic (MILN 25 Marketweight) launched in May 2016 and has only $52 million in assets. The ETF invests in companies offering exposure to a broad range of categories, including social media and entertainment, travel and mobility, food and dining, and education and employment. Consumer discretionary (42% of assets) and Communication Services (26%) are the largest, followed by Information Technology (15%) and Real Estate (11%). Walt Disney (DIS 139 *****), PayPal Holdings (PYPL 117 ***) and Starbucks (SBUX 84 ***) were some of the largest positions. MILN charges a 0.50% expense ratio and rose an impressive 27% year-to-date through June 21, but remains under the radar for most investors.

But MILN has still gained more appeal than the $21 million Principal Millennials Index (GENY 38 Marketweight) that launched in August 2016 and charges a more modest 0.45% expense ratio.

GENY tracks a proprietary index that identifies companies that derive a high or medium proportion of their revenue from Millennial consumption, while providing an all-cap balance.

Similar to MILN, Consumer Discretionary (51% of assets) and Communications Services (26%) are the largest sector exposures offered, but Information Technology (8%) and Real Estate (1%) are more minimal. Facebook (FB 193 ****) and Adidas were among the larger holdings. GENY was up 23% thus far in 2019.

Millennial-focused ETFs can only hope to achieve the same asset-gathering success as those that are like the approach popularized when Generation X was coming of age: The Dogs of the Dow.

In the 1990s, a reversion-to-the-mean investment strategy gained traction that focused solely on the highest-dividend yielding stocks in the Dow Jones Industrials Average (DJIA). Investing annually in just the DJIA stocks with highest yields was based on a belief that those stocks that underperformed in one year but were supported by an attractive dividend yield would recover and outperform the next.

The $1.8 billion ALPS Sector Dividend Dogs (SDOG 43 Overweight) takes this approach to a more sector-diversified level. SDOG owns the five highest dividend-yielding stocks in each of the S&P 500’s GICS sectors, with an annual reconstitution and a quarterly rebalance.

Meanwhile, Invesco Dow Jones Industrials Average Dividend ETF (DJD 37 Marketweight) invests in all the stocks in the DJIA but is weighted based on their dividend yield not price. DJD has just $63 million in assets, despite offering a resemblance to the popular Dogs of the Dow concept.