You are at:Home»Thematic Investing Channel»Merger Activity Increased Despite the Covid-19 Pandemic 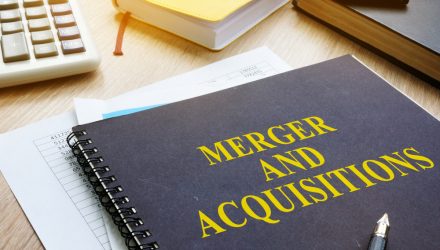 A backlog of mergers and acquisitions were put on hold as a result of the Covid-19 pandemic. Now, however, the floodgates are open and an outpouring of M&A activity is set to hit the capital markets through the rest of 2020.

One ETF to watch closely is the IQ Merger Arbitrage ETF (NYSEArca: MNA). MNA seeks investment results that correspond generally to the price and yield performance of its underlying index, the IQ Merger Arbitrage Index, which seeks to employ a systematic investment process designed to identify opportunities in companies whose equity securities trade in developed markets, including the U.S., and which are involved in announced mergers, acquisitions, and other buyout-related transactions.