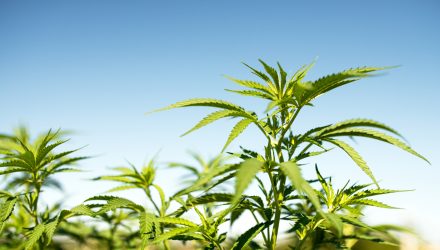 Earlier this year, Democratic Governor Phil Murphy announced a bill that would allow for the adult-use of marijuana as well as allow municipalities that are home to a cultivator or manufacturer to collect the revenue from a 2 percent tax on the product within their jurisdiction.

Cash-strapped New Jersey is looking for new avenues to bolster tax revenue and some politicians there see legalization of recreational marijuana as a way of bolstering state coffers.

“I believe that this legislation will establish an industry that brings fairness and economic opportunity to all of our communities, while promoting public safety by ensuring a safe product and allowing law enforcement to focus their resources on serious crimes,” said Murphy earlier this month.

What’s Next for Cannabis legalization

New Jersey was seeking to become the first state to approve legalization of recreational cannabis without a voter referendum, the avenue used by states such as California, Colorado, Oregon and Washington when recreational marijuana was legalized in those states.

What stymied the New Jersey legalization effort was some Democratic lawmakers joining Republicans in opposing the legislation. Some of those Democrats represent urban areas in New Jersey and believed their districts would be adversely affected by the legalization bill.

Still, MJ and marijuana stocks could eventually get a New Jersey bounce. The state is unlikely to give up on the legalization effort and polls indicate a majority of voters there approve of the idea.

“Recreational pot has public support in surveys of the state’s voters, and Democrats hold a majority in both chambers of the state legislature,” reports Bill Alpert for Barron’s. “But some Democratic legislators from urban districts feared that legal weed would hurt their communities, so they joined state Republicans in opposing the legalization bill. In a statement today, New Jersey Senate President Steve Sweeney said that legalization proponents would continue trying. But with state budget negotiations and then state elections ahead, it could be a long while until the proponents have another chance.”