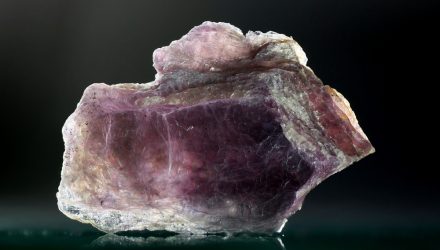 As the fight against climate change gains traction, the boom in the electric vehicle industry has helped fuel demand for lithium, charging up mining and battery ETFs in the process.

According to Benchmark Mineral Intelligence, lithium carbonate, a compound of the silvery metal used in batteries that power most electric car automobiles, has surged 68% since the start of the year to $11,250 a metric ton, the Wall Street Journal reports.

Analysts and industry executives argued that the coronavirus pandemic could be a turning point for the lithium market. Many believed that the end to lockdowns could support pent-up demand for electric cars that has diminished surplus stocks of the lithium metal. Meanwhile, global governments have emerged from recessions with pledges to invest in clean-energy projects as part of their recovery plans.

A 180-Degree Turn for Lithium

This marks as a stark contrast to the previous years of a supply glut in the metal that depressed prices after a number of new mine investments.

“The whole dynamic is completely changed,” David Archer, chief executive of Savannah Resources, told the WSJ, adding that while battery-powered vehicles were once regarded as a niche product, they are now seen as the future of transportation.

For example, Chinese electric vehicle sales more than tripled for the month of January year-over-year, according to the China Association of Automobile Manufacturers. In Europe, sales of alternatively powered cars, which include batteries, hybrids, and biofuels, surpassed those of diesel-engined vehicles for the first time in the third quarter of 2020, and now make up a third of new passenger cars, according to the European Automobile Manufacturers’ Association.

The ramp-up in demand has helped translate to improved lithium markets. The supply-and-demand balance for lithium dipped into a deficit over 2020 for the first time in years, according to commodity analysts at CRU. Looking at the year ahead, the firm is projecting lithium demand of about 450,000 metric tons, which would exceed supply by roughly 10,000 metric tons.

“You will find there is a ‘sold out’ sign on every operating mine at the moment,” Archer added. “There will be some bad moments in the coming years where there will be a shortage of lithium production.”