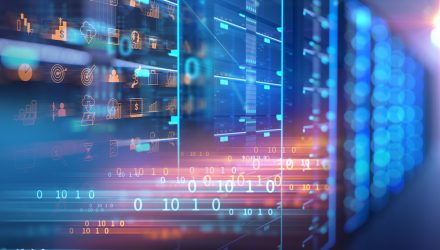 In what is proving to be another strong year for Internet stocks and the related exchange traded funds (ETFs), Shark Tank star Kevin O’Leary’s O’Shares Global Internet Giants ETF (NYSEArca: OGIG) is standing out with a year-to-date gain of more than 28%.

OGIG, which debuted last June, follows the O’Shares Global Internet Giants Index. The fund “is a rules-based ETF designed to provide investors with the means to invest in some of the largest global companies that derive most of their revenue from the Internet and e-commerce sectors that exhibit quality and growth potential,” according to O’Shares.

While OGIG is soaring to start 2019, that does not mean its upside is done for the year. Not when OGIG features some advantages over rival Internet ETFs.

“The rapid adoption of e-commerce in China has helped fuel regional dominance from Asia-Pacific,” according to O’Shares research. “In 2010, Asia- Pacific accounted for only a third of total e-commerce. As of last year, that proportion had grown to 60%. North America and Europe comprised a total of 36%, at 21% and 15%, respectively. By 2021, Asia-Pacific’s share of global e-commerce is projected to grow to 67%.”<

Some of OGIG’s top portfolio holdings includes companies such as Alibaba, Amazon, Facebook, and Alphabet, each of which represents 6- to 6.5-percent of the overall portfolio. Also amongst the index’s 52 holdings are Chinese tech companies like YY, Baidu, 58, and JD. For long-term investors, OGIG’s exposure to ex-US e-commerce and Internet companies is relevant and important.

In other words, OGIG’s China exposure is what sets the fund apart from domestically-focused Internet ETFs and that difference is important because OGIG is beating the largest domestic Internet ETF by more than 600 basis points this year.

In China, Alibaba holds a one day online retail event called Singles Day, which is even larger than Black Friday and Cyber Monday combined,” said O’Shares. “Over 24 hours, Alibaba’s sales exceeded $30 billion, up over 25% compared to 2017.”

That is just one example, but it underscores the point that China is the world’s largest e-commerce market, giving OGIG a significant advantage over Internet ETFs that lack China exposure.