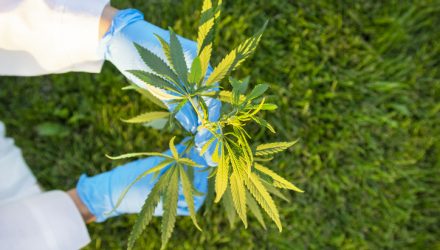 Interesting Demographic Could be Big Catalyst For Cannabis ETFs

Younger demographics are often viewed as the primary consumers of marijuana and important drivers for the long-term cannabis investment thesis. However, another group could play a pivotal role in bolstering ETFs such as the Global X Cannabis ETF (NASDAQ: POTX) over time.

Data suggest more and more seniors are indulging in cannabis, be it for medicinal or recreational use.

“An increasing number of states have licensed cannabis sales, so a couple of geriatrics researchers wondered how many of the new users are elderly,” reports Bill Alpert for Barron’s. “Plenty, it turns out, according to a study published Monday in the Internal Medicine imprint of the Journal of the American Medical Association.”

Growing Use With Legal Spread

“Survey data collected by the federal government showed that the proportion of seniors reporting pot use rose from 0.4% before 2007, to nearly 3% by 2016,” according to Barron’s. “As legalization has spread to new states, Han and Palamar found, the share of people 65 or older using cannabis increased from 2.4% in 2015 to 4.2% in 2018.”

The legalized cannabis industry is also a nascent business with huge opportunities. New Frontier Data estimated that the consumer market value was nearly $344 billion in 2018, with Asia making up over half of that. There were also 263 million cannabis users globally over the past year. Interestingly, cannabis shorts have given back some 2019 gains this year.

For now, POTX holdings remain heavily shorted and many have iffy near-term profitability prospects, but the latter could change for the better as more consumers enter the market.

“The researchers found that certain groups of the elderly showed even bigger jumps in their number of cannabis users, including women, the mentally ill, and those with higher incomes,” according to Barron’s. “There was also a striking increase in use among patients suffering from diabetes.”