You are at:Home»Thematic Investing Channel»If Copper is the New Oil, This ETF Is Looking Golden 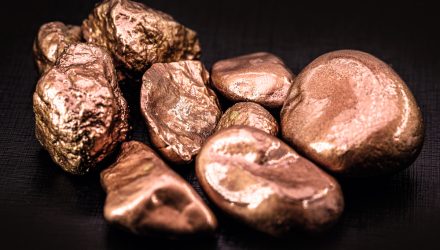 If Copper is the New Oil, This ETF Is Looking Golden

U.S. president Joe Biden’s infrastructure plan is helping to boost a demand for base metals. With Goldman Sachs heralding copper as the new oil, investors can look to the Global X Copper Miners ETF (COPX).

“Discussions of peak oil demand overlook the fact that without a surge in the use of copper and other key metals, the substitution of renewables for oil will not happen,” the company said.

Demand will therefore significantly increase, by up to 900% to 8.7 million tonnes by 2030, the firm estimates.

COPX seeks to provide investment results that correspond generally to the price and yield performance of the Solactive Global Copper Miners Total Return Index, which is designed to measure broad-based equity market performance of global companies involved in the copper mining industry.

Growing demand for copper is not relegated to just the United States. Demand is growing worldwide as the number of electrical vehicles hitting the road is increasing.

“A great example is electric vehicles. Policy signposts for rapid electric vehicle (EV) adoption were distinctly favourable over the last (12) months and we have revised our internal EV penetration forecasts upwards,” said the BHP president of minerals for the Americas, Ragnar Udd, at the CRU World Copper Conference in Chile.

“These vehicles use four times as much copper as petrol-based cars, and they will also need more infrastructure to connect charging stations to the grid.”

Thanks to a growing number of electric vehicles, BHP expects the world’s Paris-aligned emissions reduction targets to boost demand for copper over the next 30 years.