You are at:Home»Thematic Investing Channel»How to Profit When the Smart Money Leaves Their Footprints 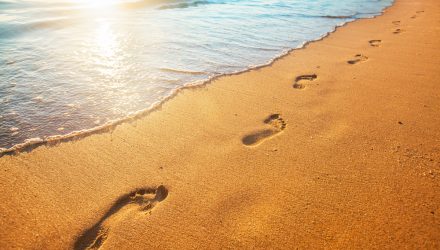 How to Profit When the Smart Money Leaves Their Footprints

Imagine you’re sitting at a bar in Manhattan.  As the bartender’s making your drink, you overhear a conversation from the table behind you.

Two well-dressed men are talking. One looks familiar. He’s a hedge fund manager you’ve seen on TV. You don’t recognize the other guy. But, from the sound of it, they work together.

They’re talking excitedly about one stock, and how they bought $1 billion worth of it today. By the end of the week, they plan to buy several billion more.

What Would You Do If You Overheard This?

You’d be smart to buy that stock first thing the next morning. After all, hedge funds are what’s known as “smart money.” They’re among the world’s smartest and most sophisticated investors. More important, they control a lot of money. When they concentrate billions on one stock, that stock will often shoot to the moon.

Unfortunately, the chances of overhearing a conversation like this are slim to none. But there is a reliable way to know what stocks hedge funds are buying.

Today I’ll show you a unique way to “front-run” hedge funds. To be clear, I’m not talking about reading SEC filings like “13Fs.” As you may know, big hedge funds are required to disclose the stocks they’re buying and selling on a quarterly basis in 13Fs.

You Should Pay Close Attention to Trading Volume

Trading volume measures how many shares of a stock trade hands over a given period. For a trader like me, volume is easily the most important indicator after price, because it clues me in when hedge funds are quietly loading up on a stock.

You see, hedge funds don’t invest like you and I do. Remember, they often control billions of dollars. So when they’re investing in a company, they won’t buy millions of shares all at once. Instead they’ll “scale in” to a stock over weeks or months.

They do this for two reasons: to prevent the price from spiking, and to hide their actions from others who would front-run them.

Hedge funds go to great lengths to hide their tracks. But they can’t hide volume. Huge volume is a telltale sign that hedge funds and other big institutions are buying a stock. But remember, they want to be discreet. So you’re not going to see a 1,000% volume spike.

Instead, look for noticeable increases. We’re talking 10%, 20%, or 50% above normal trading volume. This sort of rising volume often lets me know that “someone big” is buying the stock.

And remember, these surges in trading volume are not a secret. Anyone can see them by pulling up a basic chart.

Here’s how our team used volume to recommend a stock for our premium subscribers late last year. You’re looking at a chart of CrowdStrike (CRWD) stock activity.

CrowdStrike is one of the world’s leading cybersecurity companies. It focuses on protecting files saved to the “cloud.” We had our eye on CRWD for a while. Then, in late 2019, we noticed an unusual uptick in volume. You can clearly see this in the chart above (the vertical lines at the bottom). This told us that the smart money was building a position in CrowdStrike.

So, we recommended the stock to our readers on January 6, saying “someone has been loading up on the company’s shares.” Just one week later, we found out that “someone” was none other than hedge fund billionaire Steven Cohen.

Cohen is a billionaire and a bona fide “whale” investor. According to the research platform Fintel, Steven Cohen’s hedge fund Point72 had acquired 2.17 million shares of CrowdStrike, or about 5.3% of the total shares outstanding.

If You Waited Until That Was Public Knowledge, You’d Have Been Too Late

But by scooping up shares when Cohen left his “footprints,” we were able to position ourselves before the masses piled in. In fact, CrowdStrike rallied 20% over the next six weeks after we sent out this alert. It then took a dip during the “corona crash.” But it recovered quickly and hasn’t looked back.

You can also use this tool to rip huge profits out of the market. Remember, all you have to do is look at trading volume. It’ll clue you in to what the smart money is really doing. And let you ride the wave higher, before it becomes big news.