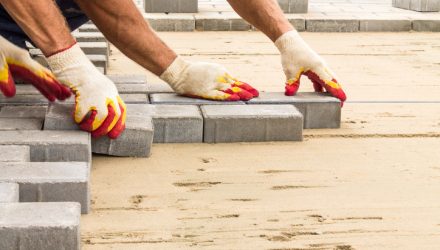 Lennar shares led the group after surging as much as 5.4% in early Wednesday trading, the most in nine months, after reveal fourth-quarter orders and revenue beat estimates, Bloomberg reports.

Lennar revealed better-than-expected fourth-quarter net new orders of 13,089, compared to Bloomberg MODL estimates of 12,320. Additionally, revenue in the quarter came out to $6.97 billion, topping analysts’ estimates of $6.61 billion as well.

The homebuilder attributed the higher revenue compared to the prior year primarily to a 16% jump in home deliveries. However, it was partially offset by 7% decline in the average sales price of homes delivered after a broad pullback in home prices. Specifically, the average sales price of homes slipped to $393,000 from $421,000 year-over-year, reflecting Lennar’s “continued focus on the entry-level market and, in general, moving down the price curve.”

The industry’s focus on entry-level, lower-priced homes, along with the depressed mortgage rates, has also helped attracted more first-time home buyers among the millennial group.

“We did not see much bear fodder in this report as the major line items appeared to be in line to better than our expectations and consensus,” Wedbush analyst Jay McCanless said in a note, Barron’s reports.

Looking ahead, KB Home (NYSE: KBH) is scheduled to report its quarterly results on Thursday, January 9 after market close. Investors will be closely watching KB Home after Lennar for the first peek on the builders earnings season.