You are at:Home»Thematic Investing Channel»A Heroic Performance for This Video Games and eSports ETF 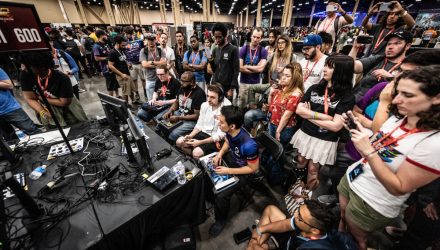 A Heroic Performance for This Video Games and eSports ETF

Video game and esports ETFs are roaring higher this year, buoyed stay at home sentiment forced by the coronavirus pandemic. Take a look at the Global X Video Games & Esports ETF (NASDAQ: HERO), which is higher by 10.43% while the S&P 500 is lower by 10.82%.

With more people stuck at home, many have turned to video gaming to pass the time, potentially bolstering the outlook for a video game-themed ETF strategy such as HERO.

“As people spend more time indoors and in isolation, video games and esports serve as an outlet for socialization and entertainment,” said Global X in a recent report. “Since the introduction of widespread stay-at-home efforts, interest in video games and esports has surged. While the spike is recent, we expect new habits to be formed and new users to permanently join a rapidly expanding audience well beyond COVID-19’s impact.”

One catalyst for gaming equities has been a variety of data points confirming that Chinese gamers are buying more video games as they are forced to stay inside due to the COVID-19 outbreak. However, there’s more to the story for HERO and rival funds this year. However, the good times aren’t confined to China’s video game appetite.

HERO’s underlying index features 38 stocks from nine countries. The bulk of the new ETF’s top 10 holdings are video game publishers, but the fund has exposure to hardware makers and semiconductor manufacturers, among other industries, as well. Speaking of hardware, HERO could benefit from a looming console upgrade cycle coming later this year.

“Historically, the release of a new console generates positive spillover effects, such as increased game and accessory purchases. In 2020, we expect to see two new major consoles released, the PlayStation 5 & Xbox Series X, which could accelerate industry revenues,” according to Global X.