You are at:Home»Thematic Investing Channel»Greece Your Portfolio’s Wheels with the GREK ETF 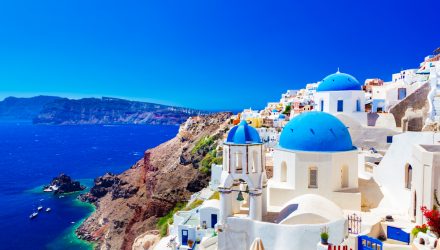 Greece Your Portfolio’s Wheels with the GREK ETF

With a vaccine rally promoting a risk-on sentiment in the capital markets, more ETF investors are apt to grease up their portfolios with international diversification. One play that investors can use for a 2021 economic rebound is Greece, via the Global X MSCI Greece ETF (GREK).

GREK seeks to provide investment results that correspond generally to the price and yield performance, before fees and expenses, of the MSCI All Greece Select 25/50 Index. The fund invests at least 80% of its total assets in the securities of the underlying index and in American Depositary Receipts (“ADRs”) and Global Depositary Receipts (“GDRs”) based on the securities in the underlying index.

The underlying index is designed to represent the performance of the broad Greece equity universe. At a 0.57% expense ratio, GREK gives investors:

What’s Greece doing right now that warrants a look? It’s not just what the economic indicators show, but what bond yields are doing, according to a Wall Street Journal report.

Yields on both of the short-dated Greek bonds had briefly climbed above 3.5% during the worst of the market tumult in March, and were closer to 0.35% before the pandemic struck in February. In the months since, bond investors have started betting that the risk of lending to Greece has largely declined. That is due in large part to the European Central Bank’s massive stimulus program and efforts to backstop credit markets in the region.

Greece was for some years seen as one of the continent’s weakest links, and one that could potentially fracture the European Union during one of its multiple debt crises. The southern European country emerged from an international bailout program a little over two years ago.

“The ECB has taken away the risk and is expected to keep doing so,” said James Athey, an investment manager at Aberdeen Standard Investments.

That said, Greece’s economy could get a boost from more stimulus measures by the European Union.

“Some are predicting that the ECB’s policy makers will increase their monetary stimulus package at a meeting next month,” the article added further. “That would likely mean an extension to its bond-buying program, currently at €1.35 trillion, equivalent to $1.6 trillion. Earlier this year, the central bank amended its mandate to include purchases of Greek debt, a move that has helped bolster confidence in the market and bring the nation’s cost of borrowing down to record lows.”