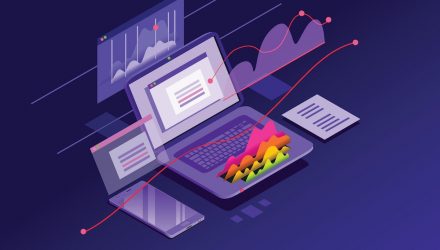 The FANG stocks have rallied in epic fashion off the December lows, benefiting a slew of exchange traded funds (ETFs) along the way. One that is waiting to catch-up is the AdvisorShares New Tech and Media ETF (NYSEArca: FNG).

Actively managed, FNG is trading modestly higher this year, but with more upside expected for FANG stocks and related fare, the fund could get going as 2019 moves along.

“FNG’s investment thesis believes that high-performing technology and media leaders, popularly characterized as ‘FANG,’ will continue to provide superior long-term performance,” according to AdvisorShares. “These disruptive innovators have created, acquired and refined current business models more successfully than others in the technology and media industries, establishing them as leaders on the forward edge.”

FANG’s ascent this year has been stunning, indicating FNG the ETF could get in on that act later this year.

What’s Next for FNG ETF

While FNG is positioned as a FANG ETF, it is not exclusively dedicated to those four stocks. At the end of February, just two of the four FANG stocks – Amazon.com Inc. (NASDAQ: AMZN) and Alphabet Inc. (NASDAQ: GOOGL) – were among FNG’s top 10 holdings.

FNG allocates over half its weight to technology stocks while the communication services and consumer discretionary sectors combine for 42.70% of the fund’s weight.

Netflix, Inc. (NASDAQ: NFLX) is among the FANG stocks that sets up well on a technical basis, Matt Maley, managing director and equity strategist at Miller Tabak, said in an interview with CNBC.

“He noted that Netflix’s stock seems to be caught in a range, but a breakout above the resistance — perhaps after the streaming company issues its expected earnings report next week — could ignite its shares,” reports CNBC. “The same goes for Facebook, which has also been trading in a relatively tight range, Maley said. But its earnings report, which is expected in two weeks, could be more dire, the technician warned.”