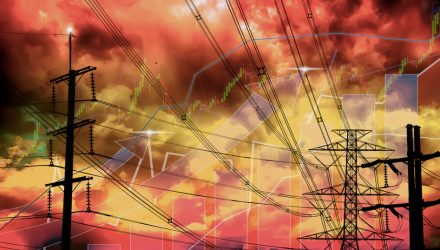 U.S. markets and stock ETFs strengthened Thursday after President Donald Trump hinted that Saudi Arabia and Russia could be coming back together to enact oil cuts in a bid to ease a price war that has battered energy markets.

Crude oil prices surged over 30% with the S&P energy sector jumping to double-digit gains and Brent crude on track for its biggest one-day gain on record after Trump said he expected Russia’s Vladimir Putin and the Saudi Crown Prince to announce cuts of 10 million to 15 million barrels per day, Reuters reports.

“The surge in crude is helping the mood, so we’re seeing some relief in markets that have been hammered,” Richard Steinberg, chief market strategist at Colony Group, told Reuters.

The crude oil market has plunged after a sudden fall-off in demand due to the stunted economic activity in the wake of the global viral outbreak. Meanwhile, the price war between Saudi Arabia and Russia added to a spike in output that further expanded a global supply glut. The unbalanced fundamentals recently dragged down U.s. crude oil prices to their lowest level since 2002.

Nevertheless, the coronavirus or COVID-19 pandemic remains a major overhang as analysts warn of further declines in response to shutdowns to combat the outbreak.

“The U.S. labor market has never experienced such a disruption,” Mike Loewengart, managing director of investment strategy at E*TRADE Financial, told Reuters. “Most will likely say the United States is sitting squarely in a recession right now, but the real question at hand is for how long and to what extent.”