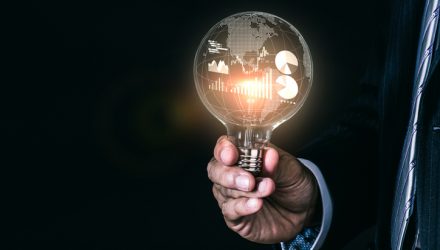 The Energy Select Sector SPDR (NYSEArca: XLE), the largest equity-based energy ETF, has recently been gaining momentum, posting a gain of almost 8% over the past month in what could be a sign that the once downtrodden sector is poised to shed its laggard status.

“You’re approaching the time of year when you do tend to see a mean reversion to the laggards … so with energy being the worst performer, you could start to see a shift into the energy between now and the early part of next year,” said Mark Newton, founder of Newton Advisors, in an interview with CNBC.

One reason some investors may be revisiting XLE is that the energy sector is being viewed as a value destination and there has recently been a rotation to value away from growth.

Still, not everyone’s convinced that energy’s recent rebound can extend for a significant amount of time.

“Energy has definitely been through a really tough time given sort of all the expansion in supply because of technological changes in the industry. However, you still have a little bit more to go, I think, in the downward trend in oil overall,” said Gina Sanchez, CEO of Chantico Global, to CNBC.

Energy forecasters anticipate a deteriorating supply in 2020, placing OPEC+ in a bind. But beyond that, the slackening could result in a boom as supply growth slows down.

OPEC encounters a similar situation as it readies for its December meeting, and the prospect of another year of oversupply continues.

Investors have added nearly $297 million to XLE since the start of the fourth quarter.