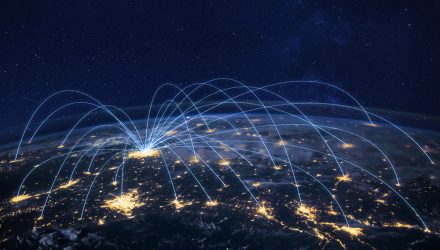 While the MSCI Emerging Markets Index is down 5% in 2021, the bonds for EM have actually fared much better in the past year.

“Emerging-market bonds were supposed to be dragged down this year as central banks moved toward withdrawing stimulus. Instead, the best-performing global debt was all from developing nations,” Bloomberg reports.

“Sovereign bonds issued by South Africa, China, Indonesia, India and Croatia topped the rankings of 46 markets around the world in 2021, according to data compiled by Bloomberg through last week,” Bloomberg adds. “They alone managed to shrug off the biggest annual jump in U.S. Treasury yields since 2013, a shock that was powerful enough to upend currency carry trades and emerging-market stocks.”

While EM bonds have stumbled in 2021, they’re still relatively better off than they were in 2013. At that time, yields rocketed higher as the Federal Reserve started to taper its bond purchases — also commonly known as the “taper tantrum.”

“Emerging-market bonds as a whole have dropped 1.3% in 2021, a separate Bloomberg index shows,” the Bloomberg report says further. “That is still far better than they did during the so-called taper tantrum of 2013, when the Fed’s signal it would cut asset purchases saw them decline 3.8% over the year, including a slump of 11% from a high in May to a low three months later.” 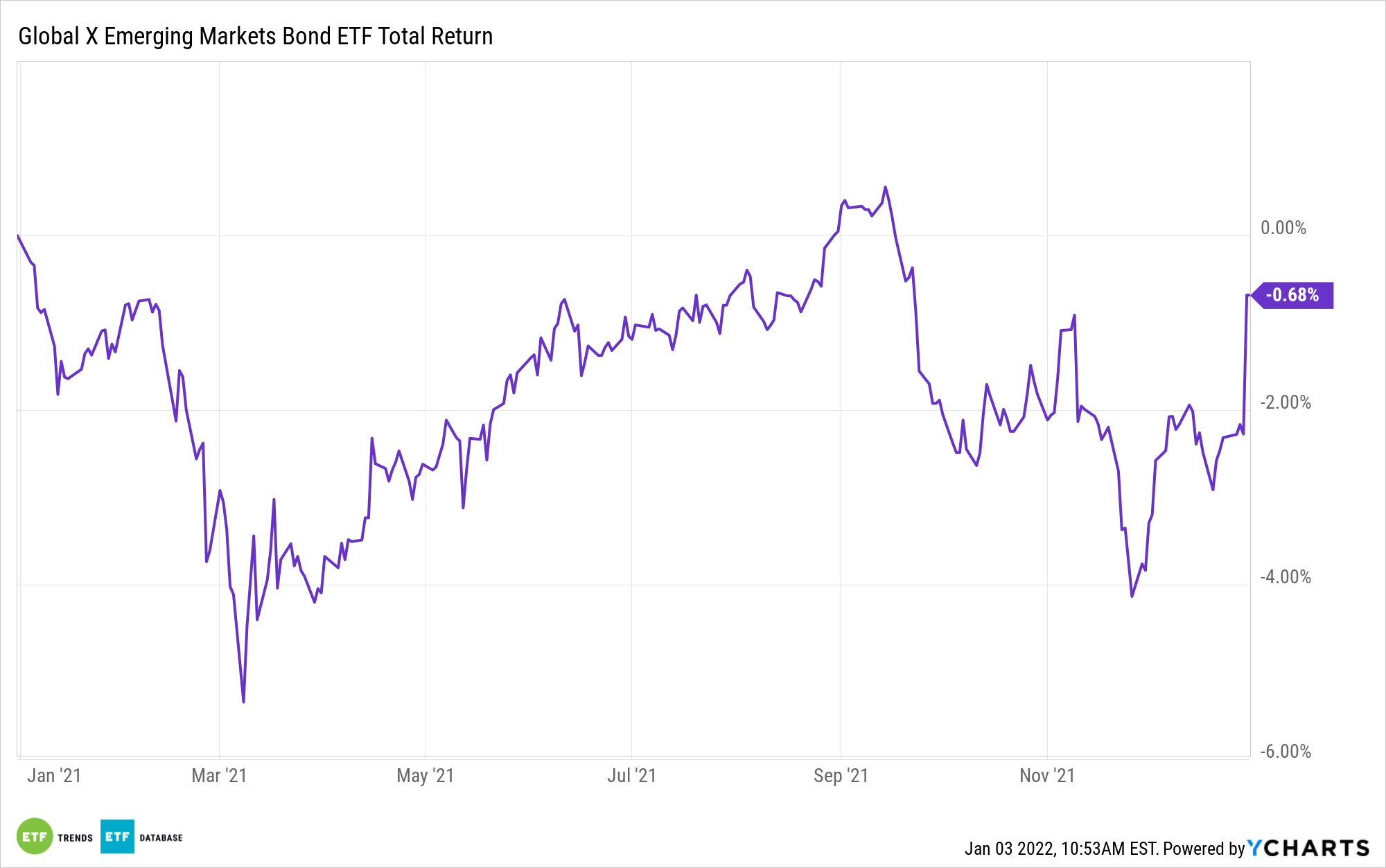 One way to get dynamic EM bond exposure is the actively managed Global X Emerging Markets Bond ETF (EMBD). With a 12-month trailing yield of 5% (as of December 30) and monthly distributions, EMBD offers high yield to combat inflation as well.

EMBD is an actively managed fund sub-advised by Mirae Asset Global Investments (USA) LLC that seeks a high level of total return, consisting of both income and capital appreciation, by investing in emerging market debt. EMBD primarily invests in emerging market debt securities denominated in U.S. dollars. However, the fund may also invest in those denominated in applicable local foreign currencies.

Securities may include fixed-rate and floating-rate debt instruments issued by sovereign, quasi-sovereign, and corporate entities from emerging market countries. This adds a touch of diversification to an investor’s core bond portfolio.