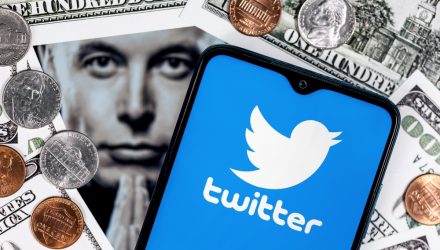 The Twitter stock plummeted and was on pace for its biggest pullback in two months after Musk’s disclosure to securities regulators on Friday revealed that he was seeking to end a $44 billion deal to purchase Twitter and make it private, arguing that the social media platform has not provided the necessary information on spam accounts, the Wall Street Journal reported.

The price of Twitter shares is also trading at about 38% below Musk’s offered $54.2 per-share price tag that he initially offered back in April.

Musk’s interest in Twitter initially helped fuel a rush of activity in the social media shares and options, with many traders jumping on the bandwagon. Purchases of Twitter shares among individuals surged to 11 times the monthly average since 2020 over April when Musk initially made his offer for the company.

However, shares of Twitter have since retreated far below the 10% drop for the S&P 500 over the same period.

Twitter has been caught up in the broader sell-off in the markets as concerns over inflation and a potential recession have been especially punishing for high-growth technology companies.

Investors and market observers are now waiting for what could be a very public legal brawl.

Traders in the options market have already been placing bets that the deal will eventually fall through.

“Right now, the options market is leaning more towards they won’t do a deal,” Amy Wu Silverman, a managing director at RBC Capital Markets, said in a note.