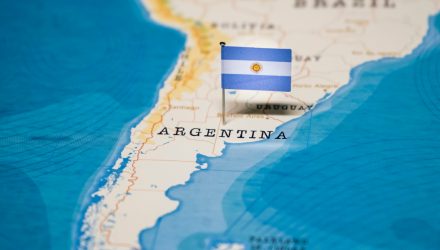 Despite Inflation Woes, This Argentina ETF Is Up 6% YTD

Higher inflation has been a global issue, but other countries don’t have it as bad as Argentina. Still, the Global X MSCI Argentina ETF (ARGT) doesn’t appear to be reeling from the effects, as the fund is up 6% for the year in terms of total return.

It’s not an isolated incident, as South America as a whole is suffering from similar conditions in rising consumer prices. It doesn’t help that the dollar is also rising given that emerging market (EM) economies are beholden to the strength of their currency.

“By next year, the South American nation’s annual inflation rate is expected to reach 84%, and drop to 63% in 2024, according to the poll,” the Reuters report noted. “The analysts consulted by the central bank moderately raised their projection for Argentina’s economic growth this year to 3.6%, up barely 0.2 percentage points compared to last month’s poll.”

ARGT is also faring much better than other emerging markets when looking at the fund versus the MSCI Emerging Markets index. The index is down 19%, highlighting the effect of a rising dollar against EM currencies so far this year.

Despite this, Argentina has long been suffering from high inflation, so it’s not a new phenomenon. Russia’s invasion of Ukraine only exacerbated the problem.

“The third-largest economy in Latin America has long suffered from high inflation, which has been aggravated by the effects of the war between Ukraine and Russia,” the Reuters report added.

ARGT seeks to provide investment results that correspond generally to the price and yield performance, before fees and expenses, of the MSCI All Argentina 25/50 Index. The underlying index is designed to represent the performance of the broad Argentina equity universe while including a minimum number of constituents. 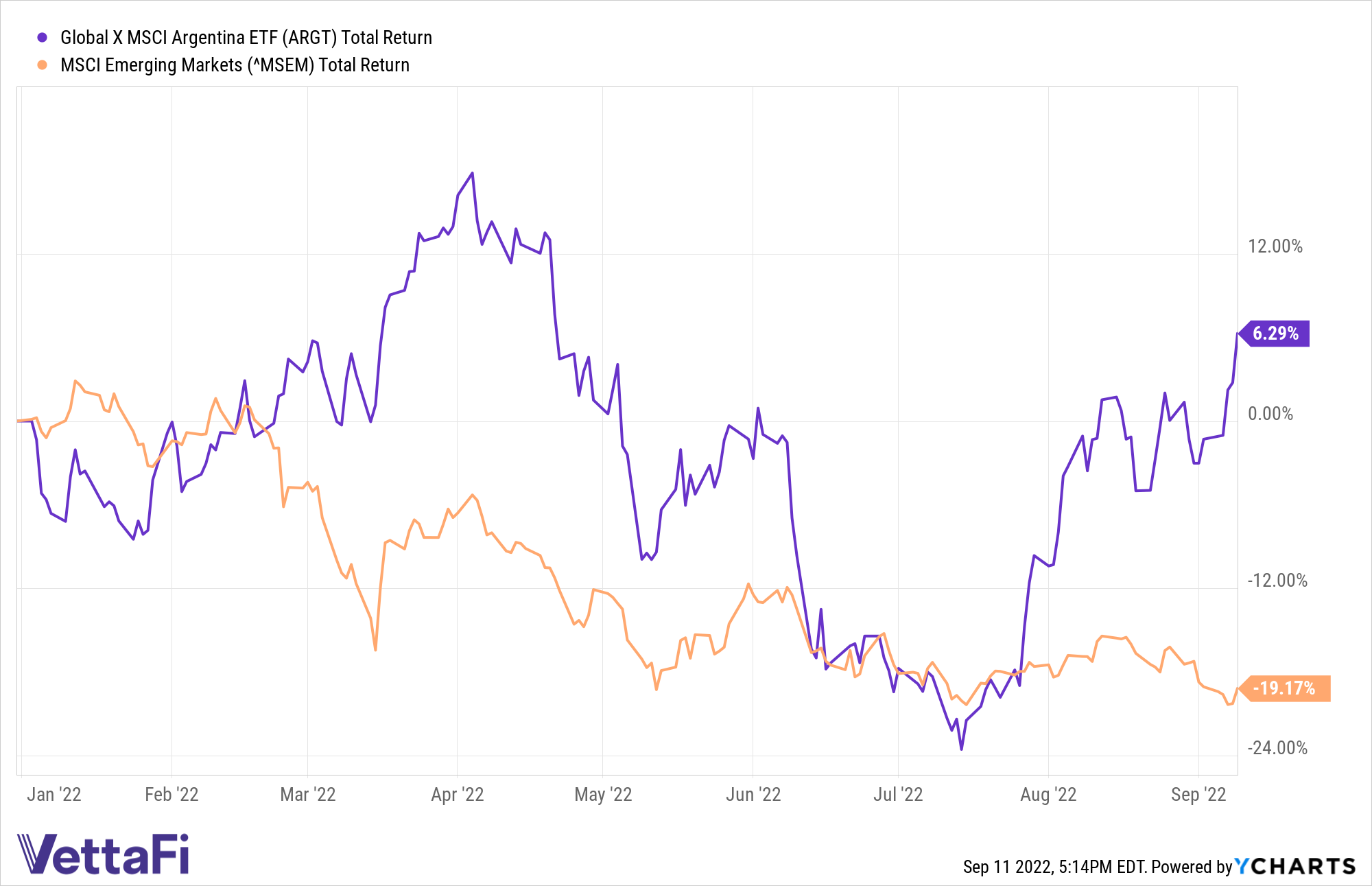