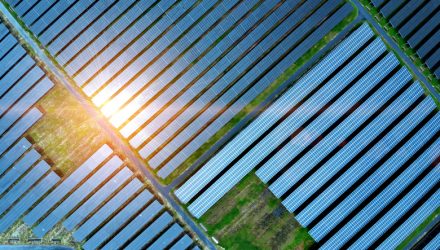 The ALPS Clean Energy ETF (Cboe: ACES) is higher by almost 37% this year, underscoring the point that alternative energy equities and ETFs have been stellar performers. However, long-term trends also bode well for ACES.

“US corporate renewable procurement is surging, with more than 6 GW of direct, indirect, and financial power purchase agreements announced in 2018, more than double that of the prior year,” said IHS Markit in a recent note. “This surge is being fueled by shareholder and consumer pressure, the opportunity to hedge power costs and corporate renewable targets, and is leading IHS Markit to increase its outlook for wind and solar deployment in the coming decade.”

In terms of adoption by big American companies, wind and solar are two of the preferred avenues for clean energy use and that’s relevant to ACES because those themes combine for a significant percentage of the fund’s roster.

“IHS Markit expects large corporations’ renewable targets to drive about 60 GW of new capacity additions, through project-specific contracting, from 2019 to 2040,” said the research firm. “IHS Markit expects further growth of renewable capacity driven by large corporate procurements, with shifting trends between wind and solar and expansion of activity in to other markets in the future.”