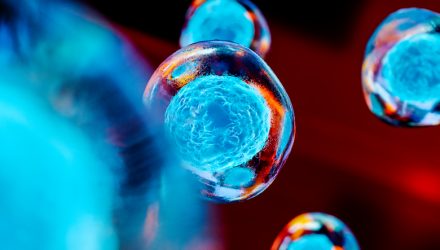 Chinese stocks retreated Tuesday on news that six people have died and 291 have been infected there by a new coronavirus. However, some ETFs with exposure to Chinese healthcare stocks, including the Global X MSCI China Health Care ETF (CHIH), traded modestly higher.

CHIH holds 36 stocks, more than 56% of which are pharmaceuticals names. The healthcare providers and life sciences industries combine for almost 28% of CHIH’s weight. China’s pharmaceutical industry is experiencing steady growth.

“Concerned about a global outbreak similar to SARS, another coronavirus that spread from China to more than a dozen countries in 2002-2003, numerous nations have adopted screening measures for travelers from China, especially those arriving from Wuhan, the central city where the virus appears to have originated,” reports the Associated Press.

Beyond near-term headlines, there are other reasons to consider CHIH as a potentially potent tactical idea.

“As of January 2020, a total of 1.35 billion people have participated in the basic medical insurance program nationwide, keeping the healthcare coverage rate above 95 percent,” according to China.org. “Seventy new drugs, including 22 anti-cancer drugs, were included in the national medical insurance catalog in November 2019, with their prices slashed by 60.7 percent on average. The total number of listed drugs reached 2,709 in the 2019 catalog.”

Another advantage of CHIH is that the fund isn’t beholden to the same political pressures – drug prices, Medicare for All, etc. – as U.S. equivalents. Like the U.S. healthcare sector, China’s healthcare industry is largely focused on the domestic economy, reducing its vulnerability to trade tensions.

Related: BlackRock Betting on ESG ETFs in a Big Way

Plans to enhance efficiencies in China’s healthcare system could also be a boost to CHIH and perhaps as soon as this year.

“Efforts have also been made to reform the centralized drug procurement system in 2019, with prices of the first batch of 25 drugs brought down by an average of more than 50 percent in April. The second batch of 33 drugs was included in the list for centralized procurement in January this year,” according to China.org. “Meanwhile, a new plan to set up a state catalog for medicines in short supply to strengthen early warning on medicine shortage and ensure drug supply was announced by China’s National Health Commission (NHC).”