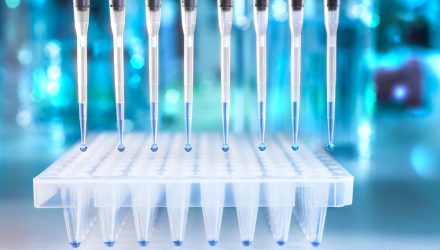 As China continues to lead the global recovery, one area to keep a close eye on is biotechnology and the Global X China Biotech Innovation ETF (CHB).

CHB seeks to provide investment results that correspond generally to the price and yield performance, before fees and expenses, of the Solactive China Biotech Innovation Index. CHB gives investors:

Regulatory easements and support from the Chinese government have helped propel China’s biotech industry to  second place in the world after the United States. Biotechnology is specifically named as a Strategic Emerging Industry and prioritized by Beijing’s Made in China 2025 and 13th Five Year Plan initiatives.

Despite its recent growth, the industry may soon reach a key inflection point, as substantial research and development efforts begin to yield greater commercial results. China’s biotech industry is estimated to be just one-tenth the size of its U.S. equivalent, but the number of annual biotechnology patents granted in China now exceeds the number in the United States. 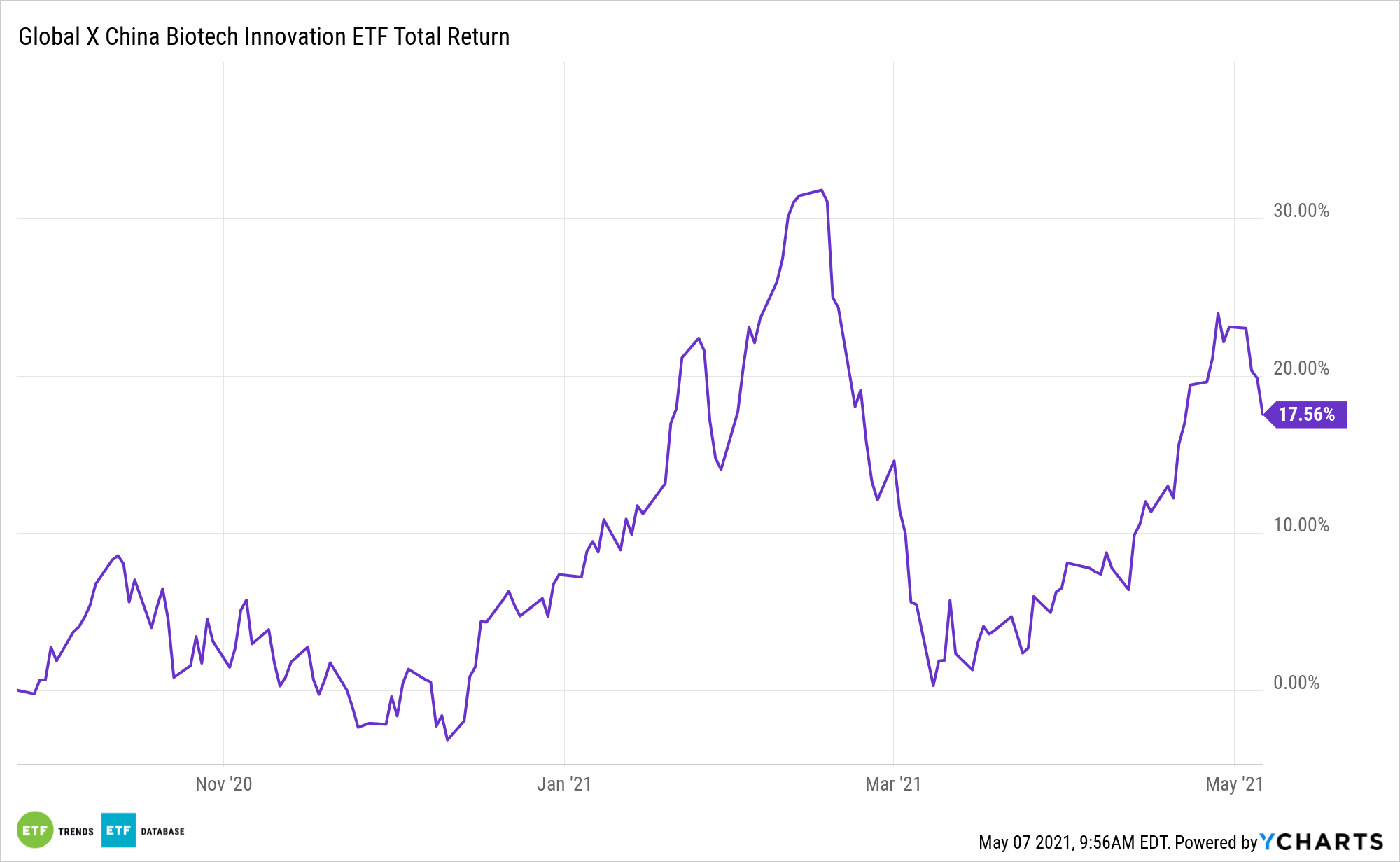 A Biotech Battle with the United States?

As mentioned, China’s biotech industry still plays second fiddle to the U.S. The country is looking to change that refrain over the coming years and become the dominant player in the global biotech industry.

Its focus on overtaking the U.S. should feed into more strength for the CHB ETF.

“Biotech is such a critical area for technological competition between the U.S. and China because it is transforming fields from medicine to military power,” a Lawfare article noted. “The great advances of the 19th century, like chemical fertilizers, resulted from mastering chemistry. In the 20th century, mastery of physics led to nuclear energy—and, more ominously, nuclear weapons. In the 21st century, biology offers a similar mix of peril and promise.”

“Beijing has long envied the United States’s dominant position in biotechnology and spent heavily to overtake it,” the article added. “Biotech has been a priority sector for state investment since the 1980s, and by one estimate Beijing had poured some $100 billion into the sector by 2018.”