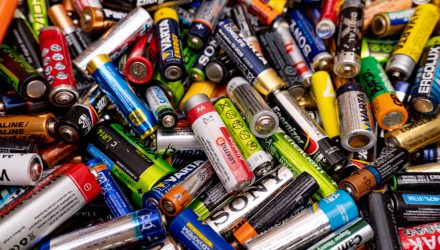 Lingering volatility in the oil patch is prompting some energy market experts to renew calls for increased output of renewable alternatives, including lithium. That could provide some support to the Global X Lithium & Battery Tech ETF (NYSEArca: LIT).

LIT, which is nearly nine years old, tracks the Solactive Global Lithium Index. The underlying index is designed to measure broad-based equity market performance of global companies involved in the lithium industry. As a thematic ETF, LIT has a growth feel, but some of its growth components are now offering attractive value.

The executive director of the International Energy Agency (IEA), Fatih Birol, said “that not only well-established technologies, such as those behind solar and wind generation should receive a boost, but also lithium-ion batteries and the use of electrolysis to produce hydrogen from water should be candidates for subsidies and policy support,” reports Valentina Ruiz Leotaud for Mining.com.

Lithium on the Rise

Investors that embrace LIT in the near-term or next year could be in a long run of upside if demand forecasts prove accurate, particularly if the electric vehicle boom continues.

“There is a need for manufacturing capacity to grow further. Assuming that the global auto industry’s announced targets for electric vehicle production are met despite the COVID-19 crisis, around 1,000 GWh of battery manufacturing capacity would be needed in 2025. This output would require the equivalent of 50 plants, each on the scale of a Tesla Gigafactory,” according to the IEA.

With the popularity of electric vehicles spurring demand for automobile offerings from carmakers like Tesla, the lithium industry has taken a new turn. More uses will be found for lithium as the move to energy dependence from fossil fuels continues to increase demand for efficiency. Still, lithium miners have faced some struggles.

Tesla has shown exceptional performance, which tells investors and advisors sales have continued, which, in turn, means there’s a need for more batteries. So, LIT is an ETF specifically investing in companies that focus on lithium mining, lithium production, and battery production.

“Globally, there is growing interest in the development of efficient solutions to produce and store renewable energy. So much so that, for the first time ever, green power overtook coal as a source of electricity generation in 2019,” according to Mining.com.