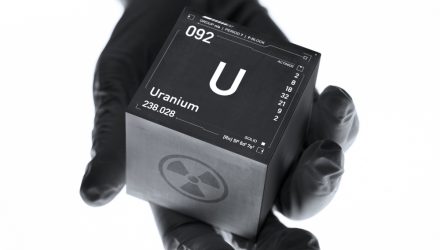 With cleaner energy becoming a targeted focus with the consideration of nuclear power, uranium demand has been rising. Additionally, geopolitical forces, such as the continuing war in Ukraine, could also weigh heavy on uranium prices.

“We think uranium prices should continue a measured increase, peaking around US$70/lb in 2023e, vs. spot at US$49.5/lb. However, any loss of Russian supplies would make us more bullish,” said BoA analysts in a press release. “In 2021, imports from Russia and Kazakhstan hit an all-time high of 22.9m lbs or 49% of total deliveries. Given Russia’s invasion of Ukraine, we wonder if this might not swing back in favor of U.S. allies (Australia, Canada, etc).”

From a safety standpoint, nuclear energy is also cleaning up its profile. The technology to harness nuclear power has vastly improved, making it safer than ever and presenting itself as a viable energy source that is currying favor from more lawmakers.

“In the drive for a clean energy profile, policymakers and business leaders must recognize that there is a need to balance affordability and security,” Cameco Corporation noted in a second-quarter financial report. “Too much focus on intermittent, weather dependent, renewable energy, has left some jurisdictions struggling with power shortages and spiking energy prices, or dependence on Russian energy supplies. The good news for us is that many are turning to nuclear – which provides safe, reliable, affordable, carbon-free baseload electricity while also offering energy security and independence.”

Getting Uranium Exposure in 1 ETF

Whether as an inflation hedge or to simply diversify a portfolio with metals exposure, one exchange traded fund (ETF) to look at is the Global X Uranium ETF (URA). URA seeks to provide investment results that correspond generally to the Solactive Global Uranium & Nuclear Components Total Return Index.

Features of the fund: