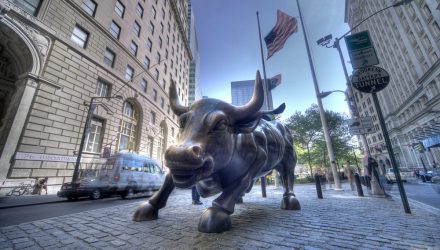 Bitcoin rallied 18% on a week on week basis as it broke the critical US$7,000 resistance level. In line with historical trends of Bitcoin’s seasonality, whereby in the past few years Bitcoin has tended to trade upwards (+30-50%) going into April and May, the asset has displayed decent upwards momentum and remained reasonably supported at the US$7,200 handle. We expect this momentum to continue well into April as Bitcoin looks to retest US$8,000.

Since Bitcoin crashed in March, we have observed transaction counts and active addresses, across a 30-day average, increase by 150% and 300% respectively—showing more users are utilizing the network to transact. More importantly, addresses holding 1/1B% (0.000000001%) and 1/100M% (0.00000001%) of total BTC supply have increased 6% and 4% respectively over the course of this period, highlighting that new users are entering the network as they begin acquiring BTC in small amounts.

This growth in small scale holdings of BTC and the upward spike in transaction counts and active addresses coincides with the fact that major exchanges, such as Coinbase, Binance, and others, are reporting significant retail demand. Bitcoin deposits, new signups, active trading users, and fiat-to-BTC trades (that is, credit card purchases) have all increased. This gives us the confidence that investors slowly see Bitcoin as an added value in their portfolios.

Bitcoin’s contango has intensified over the past week, almost doubling in percentage basis terms for both the June and September contracts. Positivity has consumed traders’ sentiments as it appears that upside potential holds a bigger share of the pie currently. Bitcoin support has seemingly become more robust, which also suggests that traders are taking the perspective that the digital asset could have bottomed out during this market rout.