You are at:Home»Thematic Investing Channel»Bitcoin Leads Cryptocurrency Surge; Looks to $7K & Beyond 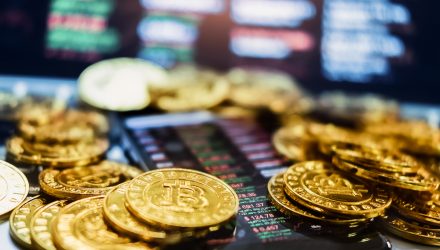 Bitcoin is leading a cryptocurrency surge on Saturday, up 9.03% in the past 24 hours, trading at $6,947.85, according to CoinMarketCap.com.

The surge comes as more than two-thirds of high-net-worth individuals will be invested in cryptocurrencies in the next three years, reveals a new global poll.

Carried out by deVere Group, one of the world’s largest independent financial advisory organizations, the survey shows that 68 per cent of poll participants are now already invested in or will make investments in cryptocurrencies, such as Bitcoin, Ethereum and XRP, before the end of 2022.

The 700-plus respondents are clients who currently reside in the U.S., the UK, Australia, the UAE, Japan, Qatar, Switzerland, Mexico, Hong Kong, Spain, France, Germany and South Africa.

High net worth is classified in this context as having more than £1m (or equivalent) in investable assets.

“There is growing, universal acceptance that cryptocurrencies are the future of money – and the future is now.  High net worth individuals are not prepared to miss out on this and are rebalancing their investment portfolios towards these digital assets.

“Crypto is to money what Amazon was to retail.  Those surveyed clearly will not want to be the last one on the boat.”

Besides FOMO – the Fear Of Missing Out – Mr Green believes there are five main drivers for high-net-worth individuals’ surging interest in cryptocurrencies.

“First, cryptocurrencies are borderless, making them perfectly suited to an ever globalised world of commerce, trade, and people.

“Second, they are digital, making them perfectly suited for the increasing digitalization of our world, which is often called the fourth industrial revolution.

“Fourth, demographics are on the side of cryptocurrencies as younger people are more likely to embrace them than older generations.

The deVere CEO’s optimism comes as Bitcoin, the world’s dominant cryptocurrency, has registered a five-month high on Friday, reinforcing the view put forward by its recent upswing towards bullish territory.

Mr Green recently told the media that he believes that Bitcoin will imminently test the crucial $7,000 price support, building confidence on the wider cryptocurrency market.

He added: “Once this confidence is in place, the sky is the limit for cryptocurrencies, which are increasingly accepted by both retail and institutional investors as the future of money.”