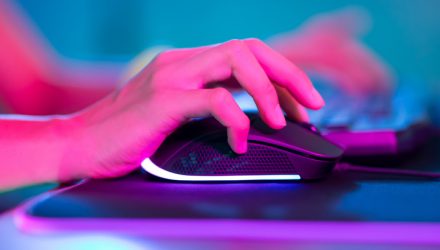 The video game industry has ample tailwinds this year and there are plenty of ways for investors to capitalize on that trend, including with the Global X Video Games & Esports ETF (NASDAQ: HERO).

HERO’s underlying index features 38 stocks from nine countries. The bulk of the new ETF’s top 10 holdings are video game publishers, but the fund has exposure to hardware makers and semiconductor manufacturers, among other industries, as well. The allocations to software names could be a significant catalyst for HERO as 2020 moves along.

“We see potential for EPS upside [for the December quarter]driven by Outer Worlds, Borderlands 3 and GTA Online,” said the analyst in a note cited by Barron’s. “Investors are likely eyeing a jump-start to Red Dead Online, but in the near-term, we look for strong continued monetization in GTA Online.”

At 5.42% of the fund’s weight, making it the eighth-largest holding, Take-Two is an important part of the HERO thesis, but there’s more good news on the gaming publishing front. Electronic Arts (NASDQ: EA) is another important member of HERO’s roster.

“The firm (Piper Sandler) has a $124 price target for EA shares. The publisher will report its December-quarter results on Thursday,” reports Barron’s. “Oson said his analysis of EA titles’ performance on live streaming service Twitch showed a 48% quarter-on-quarter increase in the top 25 games for the December quarter, which likely bodes well for financial results.”

Of course, Activision Blizzard (NASDAQ: ATVI), the company behind the Call of Duty franchise, has to be part of this conversation.

“We believe Activision is best positioned among its peers, potentially through the next two years, as the installed base of consoles ramps,” said Olson.

EA and Activision Blizzard combine for over 12% of HERO’s and are both top 10 holdings in the fund.